2 days ago 0 4 min read
We use cookies to provide a personalized experience for our users. By continuing to browse this site, you give consent for cookies to be used.
Got it!
Home > News > Science > There’s an app for that: Ottawa author is encouraging kids to be kinder through tech 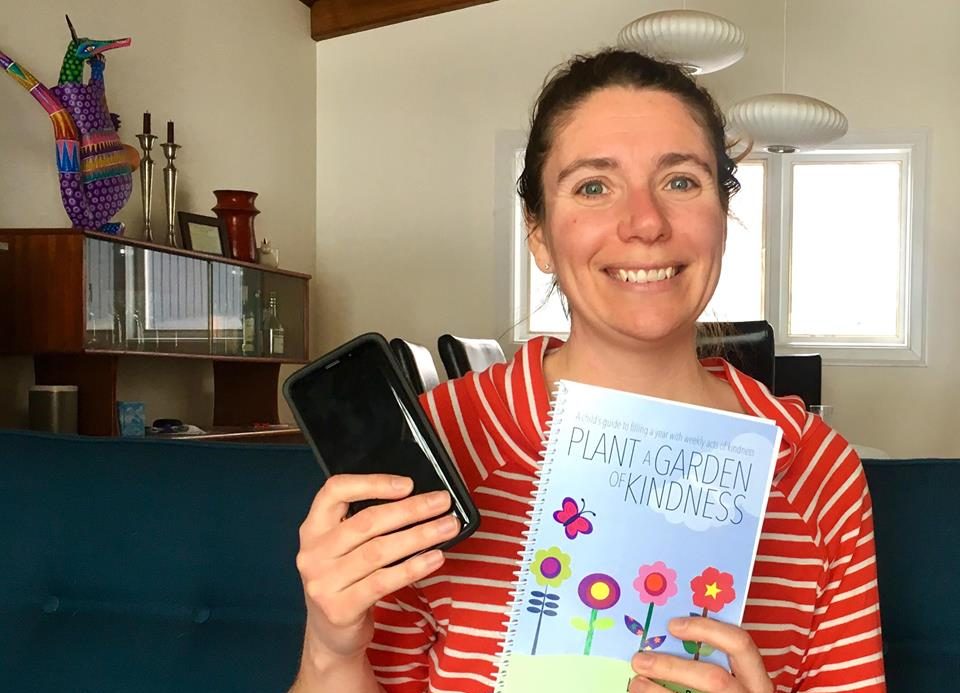 There’s an app for that: Ottawa author is encouraging kids to be kinder through tech

An Ottawa author is trying to encourage children to pay more attention to community and social justice through what this generation knows best: an app.

Lindsey Barr, founder of World Changing Kids, has teamed  up with Algonquin College students to turn her book Plant a Garden of Kindness into an interactive app that challenges kids to complete one act of kindness in a week to earn points.

“You pick one a week for a year and by the end you have created a better community, strengthened empathy and compassion muscles and you would have become a more engaged citizen and leader in your community,” Barr says.

The app, which will have a soft launch this spring, lets users log in, make custom avatars, journal and upload pictures of themselves completing designated tasks like shoveling a neighbour’s driveway or bringing dinner to someone in need.

Barr says she hopes the app can reach worldwide audiences since it may be easier for kids to pick up a tablet than a book.

The idea behind the app, book and World Changing Kids is to start with acts of kindness that will lead to empowered kids with strong community values who believe they can have a positive effect on world issues.

Barr launched World Changing Kids in November 2017 after “finally” quitting her government job. She says she sees an innate sense of social justice in her two children and all kids. For example, when her daughter noticed signs about missing and murdered Indigenous women at last years’ Women’s March, she wanted to do something to help.

“Kids are ready for this stuff younger than I would’ve thought,” she said. “They want you to tell them the truth, they want you to respect them and give them the facts. They don’t want to be bubble wrapped.”

At each event, Barr says she picks up a few new recruits who want to become a ‘world changing kid.’

“Kids love it, they’re hungry for this- it’s amazing.”

Now, inspired kids are connecting with Barr on social media to get her help with their own activism.

Sabreen Raji, a fifth-grade student, messaged Barr on Instagram to see if she would help her organize raising money for the Humane Society, to help sick kittens.

“When I was in Grade 1, I tried to sign up for a group to help the environment, but I got excluded because I was too young,” she says. “But I thought that young kids should get to sign up because they have an open imagination.”

Raji said she plans to download Barr’s app when it comes out.

“It could be a good way to spread kindness and help people who are down and upset,” she says. “I’m hoping for the future the world changes from the worst to the better.”

Raji goes to Alta Vista Public School, where the Year of Kindness program launched in December. Barr collaborates with kids from the Stand by Me club, a student leadership group focused on helping the community.

Stand by Me members say the ability of kids to help shouldn’t be underestimated.

“I feel like kids aren’t super different from adults, they have ideas too,” says 12-year-old Olivia Ladell. “Just because they’re not adults doesn’t mean they’re not human.”

Fifth grader Nora Wightman and 12-year-old Thor Ford agree it’s important to have organizations where kids and adults can work together, since kids have creativity, more time and “bigger ideas” that adults can get off the ground.

“I think people try and show kids a world of imagination, but the world doesn’t always work like we want,” Wightman says. “We want to stand up for things we believe in.”