4 days ago 0 6 min read
We use cookies to provide a personalized experience for our users. By continuing to browse this site, you give consent for cookies to be used.
Got it!
Home > Health > Mental Health > This pandemic is f***ing stressful: How swearing can help us cope 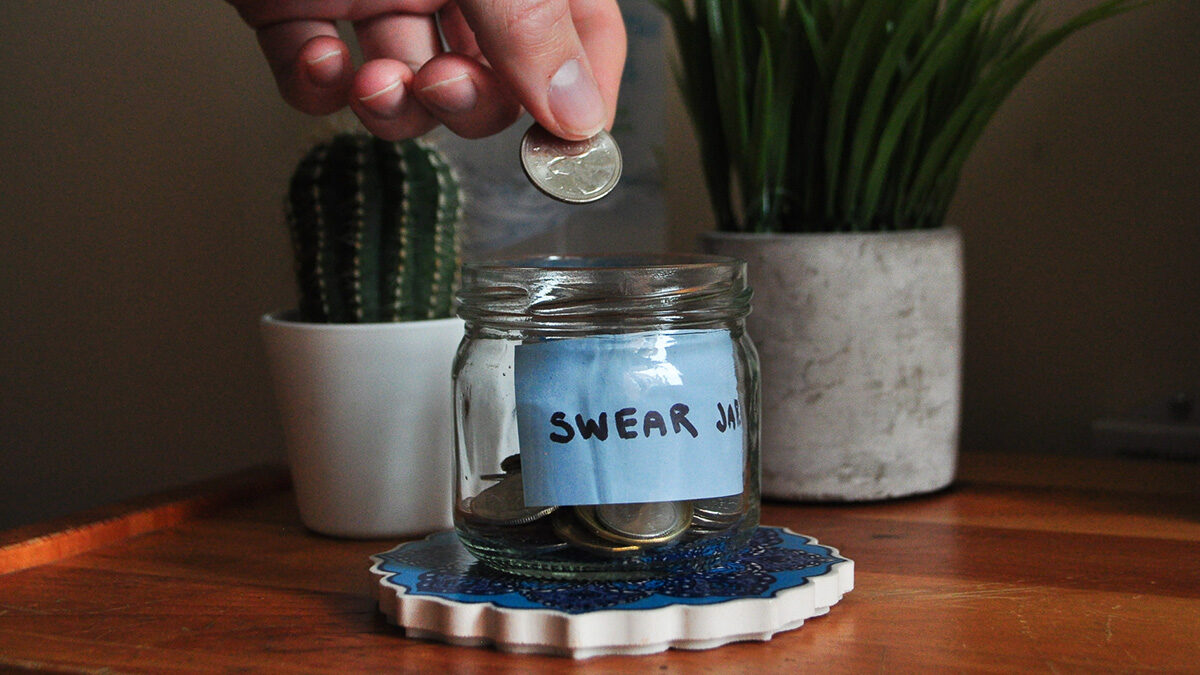 Research is showing that swearing may ease stress and that may explain the increase in profanity during the pandemic. [Photo illustration © Kendra Dyer]
Community

This pandemic is f***ing stressful: How swearing can help us cope

After two years of illness and death, lockdowns, economic uncertainty and concern for the future, people in Canada and elsewhere could be forgiven for wanting to describe this time with a few choice, four-letter words. In fact, while swearing is taboo in many settings, there may be some benefits to letting loose with some ‘colourful’ language from time to time.

Research suggests that swear words carry a unique weight and can have deep, emotional impacts. Like the horn of a car, when used intentionally, experts say they can allow us to communicate an intense and specific message to other people and actually help reduce stress.

Psychologist and swearing expert Dr. Timothy Jay has been studying expletives for more than 40 years. He says cursing can have a number of psychological benefits.

For example, somebody can vent their feelings without putting themselves in harm’s way.

“It’s good to express your emotions and not bottle them up.”

As humans, we’ve evolved to a point where a simple ‘F*** you’ can be just as effective as a punch to the gut, when expressing anger towards another person, assuming this doesn’t escalate to a physical altercation. (Ukrainian soldiers who told their Russian counterparts to go f*** themselves spawned countless headlines and social media posts and have become folk heroes to many.)

There are two main reasons why people swear, says Jay, professor emeritus at the Massachusetts College of Liberal Arts. The first is to generally vent one’s emotions, whether it be anger, frustration, surprise or even happiness.

Second, profanity allows us to communicate these emotions more immediately and effectively than the less controversial words in our vocabulary.

“It’s good to express your emotions and not bottle them up,” says Jay. “One of the benefits, psychologically, to venting is that it helps you purge yourself.”

Studies have even shown evidence that swearing can increase tolerance to physical pain.

In a study done by Dr. Richard Stephens at Keele University in England, participants held their hands in ice water as a non-harmful method of inducing and measuring pain.

On average, those who were asked to repeat a swear word rather than a neutral word were able to hold their hands in the freezing bath longer and showed an increase in heart rate. These results suggested a link between swearing, emotional arousal and the body’s fight or flight response.

“An element of the body’s fight or flight response is called stress-induced analgesia,” explains Stephens. “It seemed like people were tapping into a natural kind of pain relief mechanism. Pretty much everyone swears when they hurt themselves, after all.”

Research has also found links between swearing and tolerance of social pain. Participants who repeated a curse word felt more alleviated from social distress, such as hurt feelings, compared to those who were given a neutral word.

“There is evidence that swearing might be beneficial in helping people get through the worst parts of social pain,” says Stephens.

But there may be a catch: Stephens’ research also found that the emotional benefit from swearing drops when overused.

Is the pandemic making us swear more?

In an interview with the Wall Street Journal, linguist Micheal Adams suggested we may be cursing more frequently as a result of pandemic stress coupled with the blurring of professional and personal environments as many people work from home.

This hypothesis was based on Adams’ observations of an increase in swear words being identified by profanity-filtering software, CleanSpeak, over 18 months.

However, it is impossible to say definitively that the pandemic has increased the use of expletives. Simply put, we would need a lot more evidence, collected over a longer period of time, to back that up.

“If you’re asking me, as a social scientist, to prove that people are swearing more, I don’t think we’ve got the data to prove that,” says Jay.

Still, some individuals are finding this phenomenon rings true, in their personal experiences at least.

For instance, 26-year-old Colin Boudreault says he doesn’t keep score with a swear jar but he suspects he has been swearing more regularly now, in comparison to before the pandemic.

“I think everyone’s been dealing with heightened levels of stress throughout the pandemic,” he says. “For a lot of people, swearing does help you cope with it to some extent. For just a fraction of time, it can make it seem a little less daunting.”

The fourth-year communications student at Carleton University considers himself to be a mostly calm and reserved person, but recalls feeling incredibly frustrated about the so-called Freedom Convoy that brought Ottawa’s downtown core to a stand-still in January and February.

“Sometimes, if you swear, it helps you come to grips with what’s happened.”

As Boudreault watched the trucks roll into the capital on the evening news with his parents, his eyes scanned footage of people celebrating being maskless and unvaccinated. He says that he felt these individuals were only making life harder for those who had been following public health guidelines and that the police response was inadequate for the situation.

“If some bullshit like this rolls into my town, I want it f***ing dealt with,” he recalls saying, as he watched the television coverage.

Boudreault’s word choice was impulsive, but it helped him cope with the swelling feelings of discomfort and anger he was experiencing at the time.

“Sometimes, if you swear, it helps you come to grips with what’s happened,” he explains. “It helps especially when you’re dealing with something particularly challenging, frustrating, or that’s ailing you in that moment.”

For Boudreault, a few choice expletives can release his built-up tension in a controlled and effective manner.

“It’s one of those things where if you need it in the moment, it’s there,” says Stephens. “You can reach for it, use it, and help yourself.”