1 week ago 0 1 min read
We use cookies to provide a personalized experience for our users. By continuing to browse this site, you give consent for cookies to be used.
Got it!
Home > News > Canada > Ontario > Trials show video games have potential to ease Canada’s paediatric mental health-care crisis 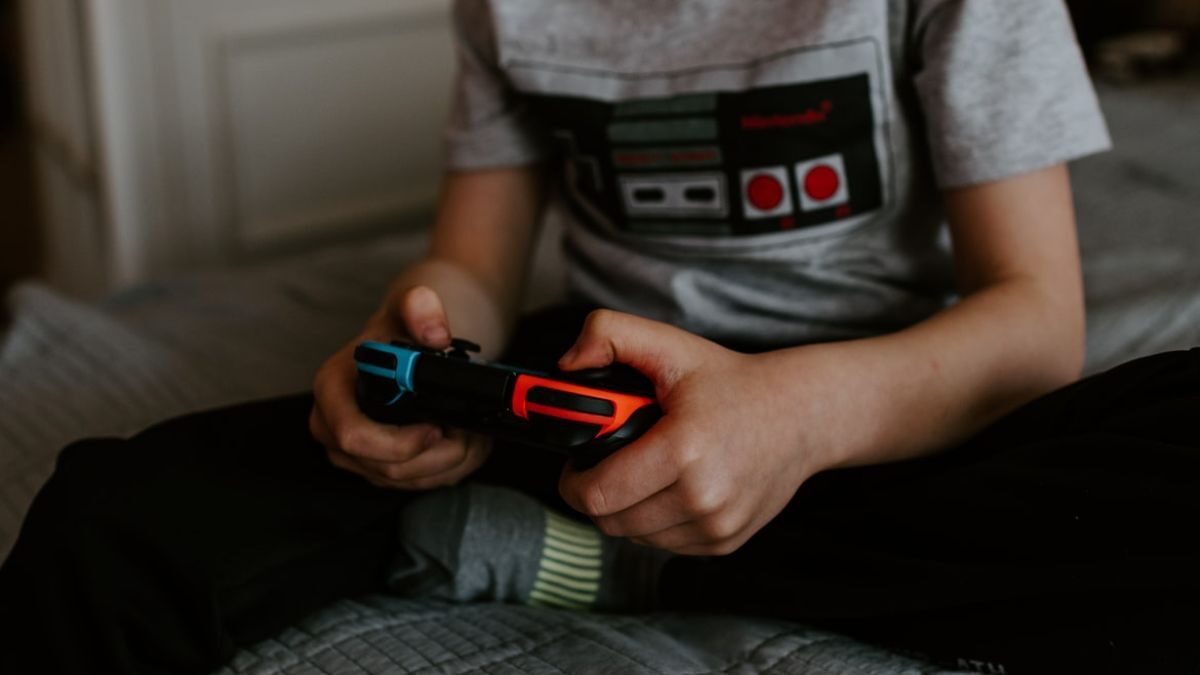 If your child is still waiting on mental health care, certain video games could be a temporary solution. [Photo © Kelly Sikkema/Unsplash]
Canada

Over the course of early 2021, 40 youth between 10 and 17 attended 10 anger management sessions at the Boston Children’s Hospital.

Though these sessions had the same goal as any other form of anger management treatment — to help patients develop self-calming strategies — the therapy was anything but conventional. It involved desktop computers, heart monitors and an adapted version of the hit 1970s arcade game, Space Invaders.

These 40 children participated in a first-of-its-kind trial conducted by Joseph Gonzalez-Heydrich, a child psychiatrist and Harvard University professor who specializes in anger management. In an effort to design a supplemental treatment for kids who may not have ready access to anger management support in the U.S., he and his research assistants came up with Regulate and Gain Emotional Control (RAGE-Control), a video game that teaches players how to calm themselves in frustrating or emotional situations.

“We wanted to find some way to get kids to want to spend hours a day mastering self-calming techniques that didn’t put too much pressure on the (healthcare) system,” said Gonzalez-Heydrich. “And I knew, having been a kid myself, that video games were always one thing I was willing to spend hours doing.”

However, the need for supplemental treatment for children’s mental health care (which can be used with or without being in therapy) isn’t unique to the United States. A lack of therapists, psychiatrists and other mental health services has become a glaring issue in Canada. According to Children’s Mental Health Ontario, more than 28,000 children are on the waitlist to receive mental health services in the province, meaning some may have to wait at least two years for treatment. And as the number of kids in need outpaces what provincial healthcare systems can handle, many experts feel supplemental treatments are the only way to fix the issue — with video games potentially becoming one of them.

“The longer children have to wait for treatment, the more difficult it becomes to treat them.”

RAGE-Control relies on biofeedback for it to work, meaning the players’ bodily functions (in this case, their heartbeats) are used to teach them how to control those functions.

A child’s heart rate is hooked up to the game — a version of Space Invaders in which the players have to shoot at asteroids to protect their spaceships — through a pulse monitor. Each time they grow frustrated and their heart rate increases as a result, their spaceships begin to shoot blanks. Only when the kids learned to bring their heart rates down using self-calming techniques taught to them by Gonzalez-Heydrich’s team would they begin shooting lasers again.

“All the kids were hooked up to the heart monitor, but only half of them had an active heart monitor that actually affected the game,” he said. “We had all the participants and their parents fill out questionnaires afterwards about how they felt (the kids) were managing their anger, and the kids that had the active heart monitor had much better scores all around than those who didn’t.”

While RAGE-Control is the first game with biofeedback to make it to a clinical trial, it isn’t the first video game designed to treat mental illness in children. In fact, the U.S. Food and Drug Administration approved the first prescription video game for kids last year, aimed at helping those with attention deficit hyperactivity disorder (ADHD) learn focusing strategies.

Dubbed EndeavorRx, the program was developed for use not as an independent treatment, but to supplement conventional therapy or other treatments — a point Russell Pine, an educational psychologist at the Victoria University of Wellington in New Zealand, said is important when approaching the development and use of these kinds of games.

“I think we’re definitely a ways away from considering these kinds of games a cure or treatment in and of themselves,” he said. “What they are is a tool that can be used before or during their treatment, and can make therapy more effective ... reinforcing what we’re trying to teach our patients about how to overcome or deal with their mental difficulties.”

This could have a significant impact on children’s access to treatment, he said. Through therapeutic video games, children on waitlists could learn ways to deal with their mental illnesses before beginning conventional therapy. And since gaming has been proven to make conventional treatments more effective, it might also mean these children would be in therapy for less time, freeing up more resources for other kids in need.

“The longer children have to wait for treatment, the more difficult it becomes to treat them,” said Pine. “Their symptoms get worse, so any kind of help or treatment earlier on can be so important to avoiding that distress.”

His most recently developed game, Match Emoji, does just that. It targets children 10 to 14 with moderate self-esteem and anxiety issues. The simple matching game is available on any smartphone, and incorporates cognitive behavioural theory (CBT) — an approach to talk therapy aimed at challenging and changing the way people view themselves or others — into its gameplay.

“Essentially, each time the kids successfully match an emoji up, they get a micro-message with a gentle, CBT-based reminder,” he said. “These micro-messages are a pretty wide range, but generally remind them that it’s OK to feel down sometimes, and goes through teaching them concepts on how to feel better, such as learning to take a break ... deep breathing, noticing and accepting what they can’t control — those sorts of things.”

Pine says the 50 youth participants in the most recent Match Emoji trial saw a significant fall in anxiety and depression scores after playing the game at least three times a week for 15-minute sessions.

“In a way, it's just a fun kind of mechanism — this was their downtime,” Pine said. “Lots of them talked about using it in the car to help destress, or while waiting for appointments, to take their mind off things.”

This active enjoyment of the game helped with reinforcing what its micro-messages taught, added Russell. Gonzalez-Heydrich echoed the importance of keeping reinforcement in mind when developing therapeutic video games, considering it one of the most important elements of self-driven treatment.

“For (RAGE-Control), we actually had the parents playing with them, also hooked up to the monitor,” he said. “The kids would then have to teach their parents the same calming strategies they were using themselves, whenever it was the parent’s heart rate making them shoot blanks. That way, they were reinforcing those techniques by teaching them to another person.”

But hurdles exist before games like these can be brought to the forefront of child psychiatry in Canada, said Keith Dobson, a researcher of clinical psychology at the Mental Health Commission of Canada. The most prominent challenge to bringing new forms of treatment into Canadian health care is the fact that each province has its own set of rules and budget to abide by when approving new treatments.

“The federal government or federal agencies can cry as much as they want, but they can't really influence health-care spending,” said Dobson. “Every province will tell you that they don't have enough money for health care, (and) mental health services have typically been ... one of the weaker considerations.”

Mental health resources are stretched thin, said Dobson, largely because most mental health issues are first observed in childhood. And though most mental health-related video games will need to go through many more trials before they can be approved for medical use, Canada’s lack of an independent authority dedicated solely to reviewing evidence and making suggestions on new mental health treatments means the approval process will take even longer.

“Mental healthcare is a nightmare, frankly, in terms of the lack of evidence-based regulation and approval,” said Dobson. “Until we have an organization that can look at the evidence for new things like gamification of mental healthcare and make recommendations to governments about policy and new treatments and whatnot — it’s going to be difficult to overcome the waitlist problem.”

Despite the challenges that exist in making gaming a legitimate treatment for Canadian children with mental health challenges, one thing remains certain: it seems to be helping many of those who have been able to use it.

“After the trial, we reached out to about 80,000 families about trying the game — mostly those that have kids waiting on services, and would have otherwise maybe had to wait months or years to get access (to treatment),” said Gonzalez-Heydrich.

“These kids now have the tools to not only be able to succeed in therapy, should they choose to go down that route, but also to overcome challenges they’ve faced for so long.”