2 weeks ago 0 1 min read
We use cookies to provide a personalized experience for our users. By continuing to browse this site, you give consent for cookies to be used.
Got it!
Home > News > Canada > Turning a new page: The 20th Toronto Comic Art Festival back in person once again 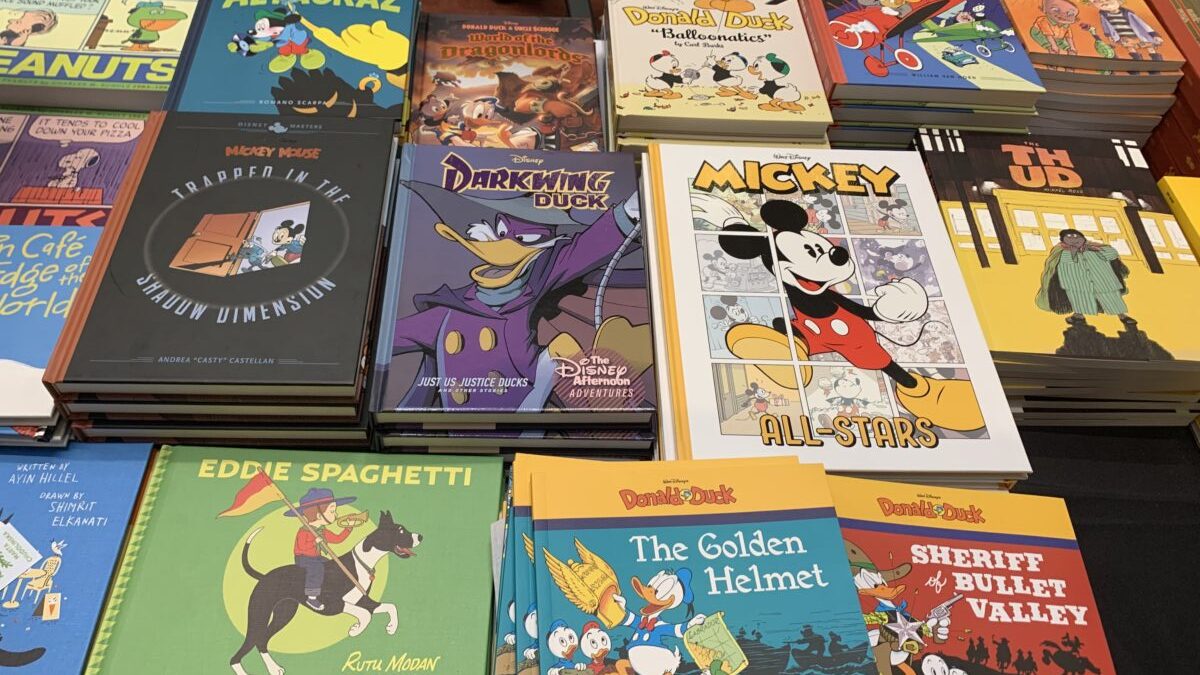 Colourful comic books of all kinds were on display this weekend at the Toronto Reference Library. [Photo @ Celia Bildfell]
Arts & Culture

It all started in a church basement back in 2003 and today, two decades later, the Toronto Toronto Comic Arts Festival (TCAF) was set up in the Toronto Reference Library hosting 6,000 patrons in person this past weekend.

The festival brings together artists, authors and avid readers to celebrate the diversity and artistry of comic books and perhaps purchase a favourite or two from one of more than 130 exhibits. Events included live drawings and signings by one of 32 featured artists. As well, TCAF hosted workshops for children and adults.

One of the exhibitors was the House of Anansi Press, Canada’s leading independent publisher. This year was the publisher’s 5th time with an exhibit at the festival, said Karen Brochu, vice president of sales and marketing.

“We (also) have a lot by Jillian and Mariko Tamaki, huge names here at TCAF, and we’re really proud to present their works,” says Brochu.

“The vast majority of our creators are Canadian but we do have some really interesting works that we like to bring in from various places around the world whether that’s Sweden or India we have some creators that are international as well,” she added.

Even though the event is hosted and began in Toronto, it does feature works from international artists.

One of the international comic creators is Maria Hoey, the co-founder of Coin-Op Books. This was her 10th festival.

Hoey began as a professional illustrator doing editorial-based work before she entered the world of comics. “I was never into comics honestly, until my brother and I started doing comics, then we were approached by an editor and that’s kind of how we started.”

The siblings grew up in New York City, although brother Peter now lives in California. Many of their comics have a musical theme. A few have been nominated for Eisner awards which are presented at Comic-Con International.

The exhibits displayed works featuring everything from from superheroes, animals and even music legends including The Rolling Stones, The Beatles, Bob Marley, Janis Joplin and Michael Jackson.

If you want to see what you missed in person, the festival continues online until June 25.