4 days ago 0 2 min read
We use cookies to provide a personalized experience for our users. By continuing to browse this site, you give consent for cookies to be used.
Got it!
Home > Commentary > Urban Phoenix: Lebanon, how are you doing? 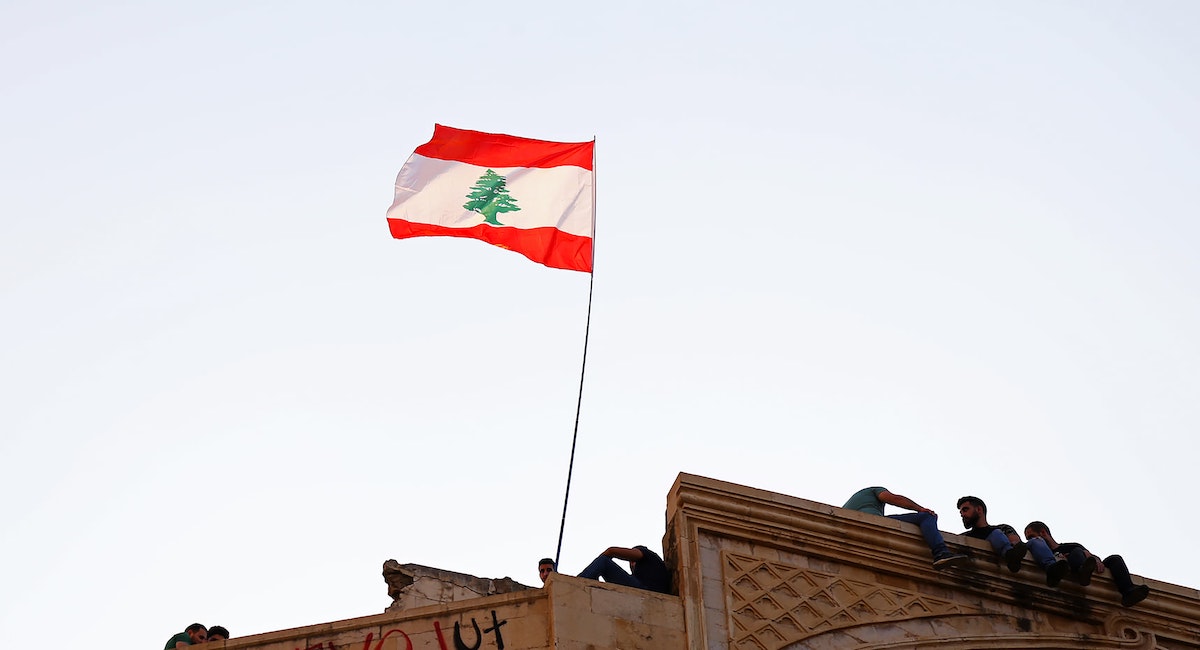 The Lebanese flag flutters atop a building in the country. Beirut was devastated by a catastrophic port explosion in August 2020, and Lebanon has suffered a series of crises ever since. But this resilient nation, which marks its national day on Nov. 22, will rise again, says Maryse Matar. [Photo © Charbel Karam/Unsplash]
Commentary

Urban Phoenix: Lebanon, how are you doing?

Growing up, I constantly heard the wonderful ways my father described Lebanon.

He’d talk about the natural beauty of the land, the rich history, the delicious food and the generous people.

To my father, nothing compares to the polarity of the country’s weather. In only 30 minutes, one could be skiing in the northern mountains then drive down to the sun-soaked beaches on the Mediterranean coast.

I heard about the vast flora and fauna that engulf the land. I learned about Lebanon’s layered history showcasing traces of civilization dating back to the Phoenicians, Greeks and Romans, with the monumental architecture of Baalbek, Byblos, Tyre and Anjar.

Lebanon is alive with dance and other cultural traditions; it has always been well known for its nightlife, clubs and grand weddings.

The streets that people crowd for celebrations are the same ones flooded with protestors. Whether it was against the garbage crisis, increased taxes, or the continuous corruption that has been magnified in every level of society since the 1975-90 civil war, the people have remained resilient.

However, that resilience is not enough anymore.

On Aug. 4, 2020, there was an influx of Instagram stories on my feed. For the first time ever, all eyes were on Lebanon, but not for the beauty my father so poetically described.

It was the day the catastrophic Beirut port explosion, forever changing the country and the lives of its people.

Thousands of tonnes of ammonium nitrate, along with vast supplies of fireworks, fuses, oil, kerosene and hydrochloric acid were stored within a hangar, combining every ingredient needed to construct a massive bomb.

No words can describe the horror millions of people witnessed, the tragic sights and sounds, and the touch of broken glass from shattered homes.

I was 5,472 miles away, yet it felt like the land beneath me trembled even though the ground I stood on was not Lebanon, but Canada.

For once, we saw people across the world advocating for Lebanon. People took to the streets demanding change. It felt like the world had thrown a lifeline out to sea while the country and its people were drowning.

After less than a week, I started to notice the attention fading. People moved on to other issues and events. What felt like genuine hope for change, quickly turned into the realization that this was nothing but a mere performance by online spectators. Concerns about Lebanon became a fleeting thought.

For us, however, concerns about Lebanon are anchored into our minds. We still didn’t get the chance to move on from that day.

It’s been more than a year since the tragedy occurred. People in Lebanon continue to suffer as the country stumbles from crisis to crisis.

People are crying for fundamental human rights. They don’t have basic necessities like food and electricity.

No one should have to beg for medicine as if it were gold.

Fathers shouldn’t have to sell their furniture to feed their newborns.

Mothers shouldn’t have to bury their children.

The universe should not get to break these rules. There should be more to life than simply surviving.

Having basic human rights like healthcare and nutrition should not be a privilege.

While people in Lebanon beg for their rights, I beg you not to turn your eyes away. Don’t turn off your screens. Instead, read the messages. Hear our stories. Feel the tears of those who mourn endlessly.

I hope to see the day when an Instagram story lingers with people for more than 24 hours. I wish the world could walk bearing some of the weight my people carry.

Every time you savour our food or enjoy our culture, think of the Lebanese child who couldn’t do the same.

As November 22 marks Lebanon’s Independence Day, I no longer want to linger on the pain of my people. Instead, I want to think of Lebanon’s beauty, about the country that it is meant to be and the future it could have.

I still hope for the day I get to see the Lebanon my father describes in his stories. I hope you get to hear about them, too.

But for now, I leave you with the words of my father, Challita Matar, from his book يا وطن كيف الحال؟ (My homeland, how are you doing?).

Even though I did not translate my father’s poem word for word, I transcribed it in English:

For those far and beyond who have not laid eyes on Lebanon’s beauty;

For the Lebanese people scattered across the world who do not know their mother tongue;

For the new generation separated from their land and forced to build their roots in new soil;

And for those who feel disconnected from their culture, yet still bleed red like us.

To my homeland, I don’t need to ask how you’re doing because I know that from the ashes of our cedar trees, we will rise once again.