2 weeks ago 0 1 min read
We use cookies to provide a personalized experience for our users. By continuing to browse this site, you give consent for cookies to be used.
Got it!
Home > Remembrance Day > War museum volunteer urges more remembrance of post-1945 conflicts 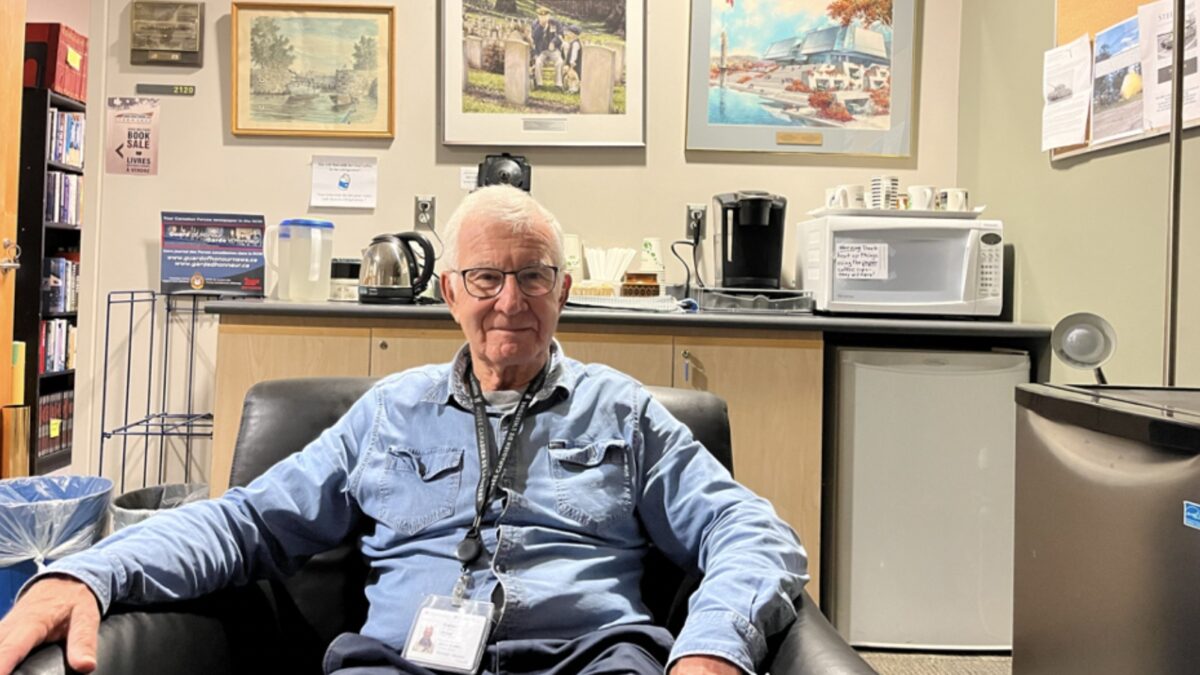 Michael Braham, a retired naval captain and volunteer at the Canadian War Museum, says he believes that Canadians need to pay more attention to the veterans who fought for Canada in wars, such as in Korea and Afghanistan, that happened after the end of the Second World War. [Photo © Andrea Pulgarin Villasmil]
Canada

Seventy years ago this month, thousands of Canadian troops spent Christmas in Korea during a three-year war that claimed the lives of more than 500 service personnel from this country.

Fifty years later, in December 2002, our troops were again overseas at Christmas during the Afghanistan War, a 13-year-long conflict in which more than 150 Canadian soldiers were killed.

These are the kinds of missions that Michael Braham — retired naval captain and volunteer at the Canadian War Museum — thinks Canadians should know much more about.

But Braham says that as we go forward, it’s time to devote more recognition to those who have lost their lives serving Canada in the decades that followed the Second World War.

“I certainly think the emphasis when it comes to Remembrance Day historically has been and continues to be on the First and the Second World Wars,” says Braham, who can often be found at the used book store at the museum. “And we do not have any veterans left from the First World War, and very few are left from the Second World War. But I think it’s pertinent that we have living  military personnel, relatively young, that served in Korea, and no one ever talks about the Korean experience. We try to forget that.”

He added he believes that because the Korean War was hot on the heels of the Second World War, it often feels like it is forgotten despite the fact that more than 26,000 Canadian served from 1950 to 1953.

‘No one talks about all the military personnel who lost their lives in training throughout history — especially during the Cold War — who were training to make sure our country was ready in case of attack. And they tragically lost their lives in that. Yet, these soldiers seem to be bypassed every year when Remembrance Day comes around.’

Braham spent 28 years in the Canadian Navy and another two decades working for the Department National Defence, including 10 years with Emergency Preparedness Canada, now known as Emergency Management. He later became the director of occupational health and safety.

Since his retirement in 2008, Braham has been an active volunteer specializing in the Cold War that began with the end of the Second World War and continued to the end of the 1980s, with the fall of the Berlin Wall and the collapse of the Soviet Union.

Braham first volunteered at the Diefenbunker — a Cold War-era nuclear shelter in the west-end Ottawa village of Carp — before becoming involved with the Canadian War Museum, where he has served as an interpreter in the Cold War galleries and on numerous volunteer committees.

Braham’s time in the Canadian Navy and his subsequent career with the Department of National Defence exposed him to veterans, old and young, highlighting for him the importance of remembering all who served.

“We have all these peacekeeping missions that Canada participated in, and not all of them resulted in peace. We lost hundreds of peacekeepers throughout history in our attempt to keep peace. And nobody seems to remember that during Remembrance Day.”

Braham added that along with remembering those who died fighting for our country, Remembrance Day should also highlight the many service personnel who died in training accidents.

“No one talks about all the military personnel who lost their lives in training throughout history — especially during the Cold War — who were training to make sure our country was ready in case of attack. And they tragically lost their lives in that. Yet, these soldiers seem to be bypassed every year when Remembrance Day comes around.”

The war in Afghanistan is “a conflict many of us want to forget about,” said Braham.

“I think it is time to focus and turn our attention more to these people, who also served and died for our country and our freedom,” he said, adding that in shifting more toward commemorating more recent sacrifices in war, “in no way should we be lessening the impact of Remembrance Day.”

Braham said that while he does not consider himself a veteran, he is always very touched by the number of people who come out for Remembrance Day ceremonies and are willing to show respect for those who served their country in conflict zones. Simply seeing people wear their poppies every year — especially young people and school children — is very touching, said Braham.