2 days ago 0 4 min read
We use cookies to provide a personalized experience for our users. By continuing to browse this site, you give consent for cookies to be used.
Got it!
Home > Health > Women > Women’s walkathon aims to create safer neighbourhoods and battle violence 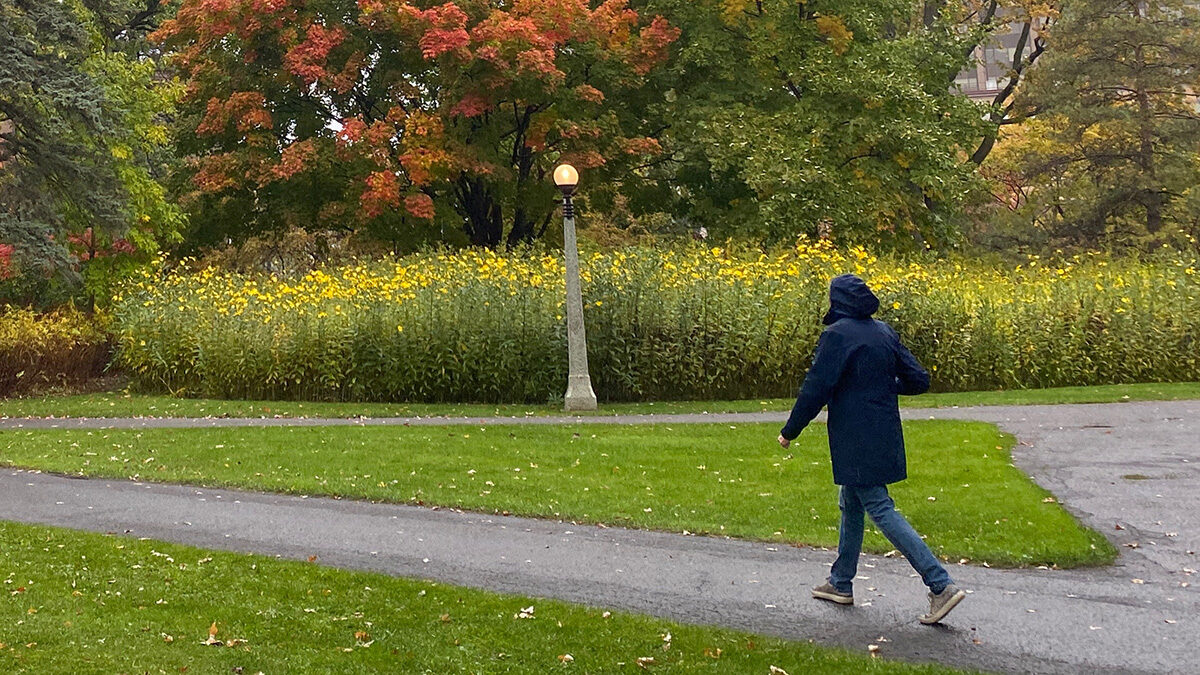 The Women's Safety Walkathon hosted by Women's Initiatives for Safer Environments was held from Oct. 9 to Oct. 16. Participants were encouraged to snap photos of safety concerns in their communities, including poor lighting and signage, or overgrown bushes that limit visibility. [Photo © Rianna Lim]
Community

Local residents laced up their shoes and grabbed their cameras recently as they took part in a walkathon to promote safer neighbourhood spaces.

Women’s Initiatives for Safer Environments hosted its annual Women’s Safety Walkathon in October to increase awareness about gender-based violence and encourage the public to voice and hear concerns about their surroundings.

From Oct. 9-16, Ottawa residents were invited to walk or run in their neighbourhoods and send WISE photographs of anything that could obstruct public safety. Examples concerns include untrimmed bushes that limit visibility, pathways with poor signage or lighting and areas that are isolated or inaccessible to those who use mobility aids.

“The walkathon is to get people to think about the safety of the environments in which they are living, working and playing.”

“The walkathon is to get people to think about the safety of the environments in which they are living, working and playing,” said Elsy David, program director for WISE. David said WISE uses the photos as part of its community safety audit program to “create a dialogue” between the community and those responsible for the space.

Based on audits of neighbourhood safety, “we’ll go to the area where women and other vulnerable groups feel threatened or unsafe, and we’ll look at why that environment is creating that fear,” said David. “Then we work with the community and empower them to come up with recommendations that they think might improve that space.”

The walkathon began two years ago to promote participation in the community audit, which has been running since the non-profit was founded in 1992. David said one example of the importance of safety assessments is the 2003 murder of Ardeth Wood, a woman who was assaulted and killed after biking near a parkway in Ottawa’s east end.

“Following that incident, there was an audit of NCC pathways that WISE was involved in,” said David. “Now, there are clear signs and guides in the pathways to tell you where you are. … It makes it much easier to orient yourself and pinpoint your location if you’re in trouble somewhere.”

David said this year’s walkathon was designed to prompt Ottawa locals to regularly assess their neighbourhoods and “feel a sense of community” while participating.

“It’s meaningful,” said David. “We can empower communities to use their voice and have a space to talk about their feelings of safety.”

Ottawa residents who have safety concerns to share about their neighbourhood can send photos and other information to WISE at info@wiseottawa.ca.