3 days ago 0 1 min read
We use cookies to provide a personalized experience for our users. By continuing to browse this site, you give consent for cookies to be used.
Got it!
Home > Sports > BlackJacks season ends with narrow loss to Hamilton Honey Badgers 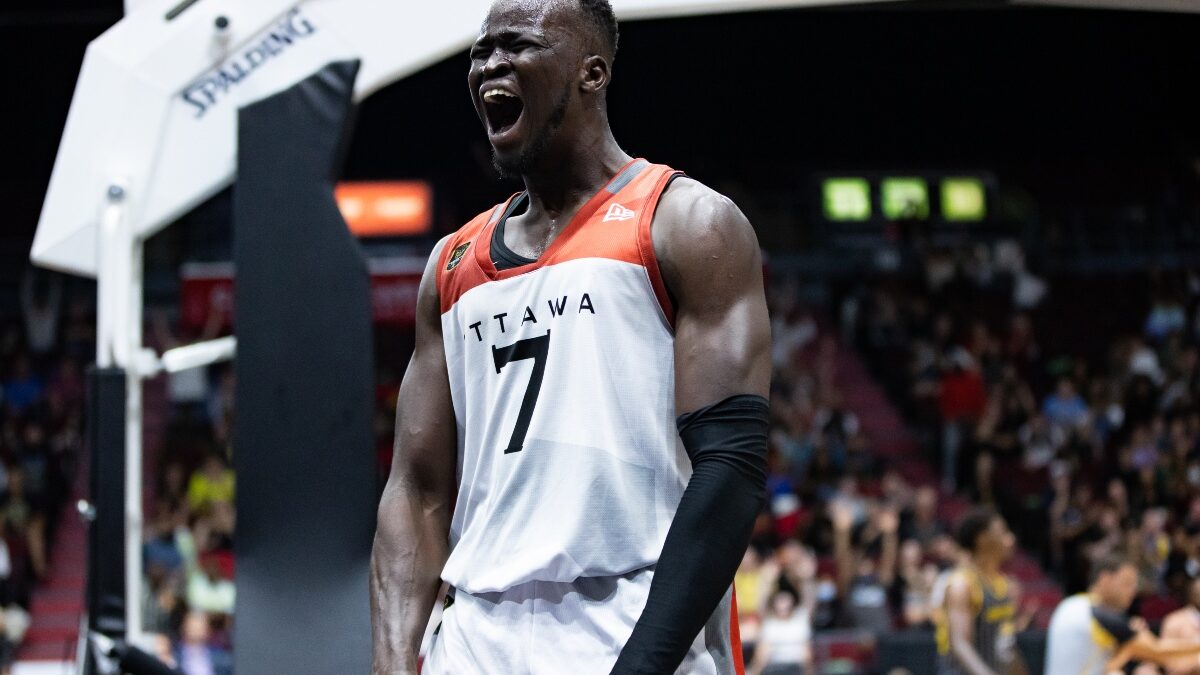 It was a familiar sight for James Derouin: guard Caleb Agada, toe to the free throw line, eyes on the basket, biting his lower lip in concentration.

But it was an unfamiliar situation for Derouin, head coach of the Ottawa BlackJacks as well as the University of Ottawa Gee-Gees men’s basketball team. Instead of Agada playing for Derouin, as he did from 2012 to 2016 at uOttawa, he was toeing the line for the opposition in what may have been the biggest game Derouin has ever coached.

Agada missed the first free throw, then sank the second. It sent the Hamilton Honey Badgers bench into euphoria. They were going to the CEBL championship the strength of a 76-72 victory over the BlackJacks.

The ending is fitting for Hamilton, which led the CEBL in wins and outpaced its opponents by wide margins throughout the season. This is the team’s second trip to the championship game.

“This is supposed to end one way,” Hamilton head coach Ryan Schmidt said. “We’re one game away from it.”

The loss is the end of the line for the BlackJacks. A tumultuous season, beginning with the firing of their head coach and ending with an automatic berth to the championship as the host team, was ending in the national semifinal, four points from defeating the top team in the league.

The BlackJacks had defeated Hamilton just three weeks earlier, a game that loomed large over the semifinal matchup. The game turned the BlackJacks season around after a brutal two-week stretch and allowed them to enter championship weekend riding a three-game winning streak.

It also allowed Hamilton a peek into Ottawa’s potential.

“When you get a chance to come into this environment, play against this team with their roster, they kind of smacked us in the face a little bit,” Schmidt said. “It gave us an opportunity to kind of dive into the film and understand where our weaknesses were against this team.”

Last time, the Honey Badgers allowed Ottawa to score 104 points, but this time, the BlackJacks scored just 72. Tensions flared in the last matchup and Schmidt said the emotion of his players was something he would address.

“Embrace the moment, don’t get caught up in the moment,” Schmidt said of his message to the team. “We know we’re playing a very tough team on their home court with their fans.”

This time, the emotion was on Ottawa’s side. Derouin watched as Agada, his former player, won the game.

“If it had to be somebody, I’d rather it’d be Caleb. … I wish him all the best tomorrow. The rest of the guys? But Caleb, he’s alright,” Derouin joked.

Ottawa had led for most of the game. The BlackJacks came out flying, taking a 20-12 lead in the first quarter and ending the first half up 37-34. The Honey Badgers took the lead at the end of the third quarter and held on in the fourth, although they squandered a seven-point lead at one point.

Before to the game, Derouin said a key to Ottawa winning would be getting big performances from Walt Lemon Jr. and Deng Adel. The team lost Johnny Berhanemeskel, who recently signed a contract with BC Budivelnyk of Kyiv, Ukraine, before the semifinal and needed its other stars to step up.

That didn’t happen. Lemon played nearly 30 minutes and scored only five points, while Adel scored 13. The lack of offensive production — along with shooting 34.8 per cent from the field — cost the BlackJacks.

But even after the loss, Derouin seemed to be in good spirits.

​​“Somewhere along the line this week, it hit me that there’s a lot of positives going on around this organization and this league,” Derouin said. “We’re always obsessed with the winning and losing but I think that everyone’s winning here, honestly. It’s a showcase for these kids and they get the opportunity.”

“We gotta continue to be us,” Schmidt said. “Nothing changes on our end. We’ll prepare like we always prepare.”