4 days ago 0 8 min read
We use cookies to provide a personalized experience for our users. By continuing to browse this site, you give consent for cookies to be used.
Got it!
Home > News > Ottawa > ByWard at night: A glimpse into heart of darkness in downtown Ottawa 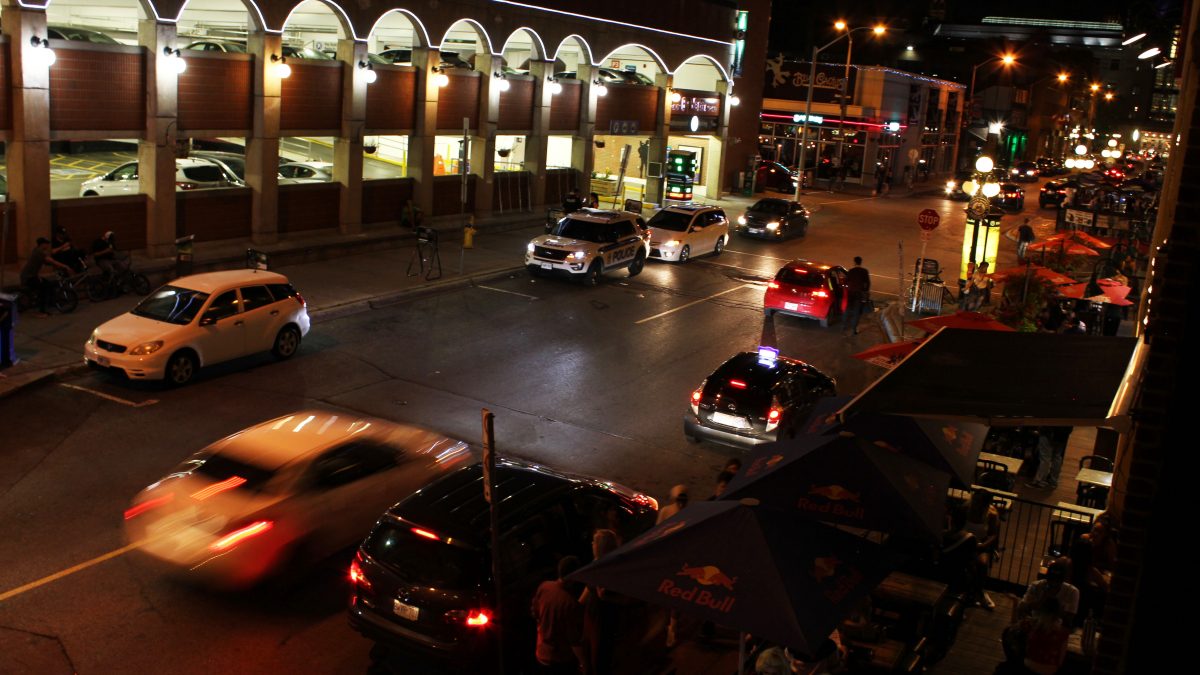 ByWard at night: A glimpse into heart of darkness in downtown Ottawa

By Hope Berk and Justine Ricketts, 4 years ago 1 2 min read

By Hope Berk and Justine Ricketts

There’s a certain vibrancy that fills the ByWard Market at night which proves that Canada’s capital is anything but boring.

Here’s a look at what goes down in ByWard when the sun follows suit.

“There’s a lot of drunk people, though,” says Rowland.

Hillary Lansfield and Carley Pearce, third-year University of Ottawa students, wait to meet up with friends at The West on George and let loose after a long week of classes.  [Photos © Justine Ricketts]

“I think we definitely prefer being here at night,” Pearce says, though she adds that things can get crazy in the late hours: “I’ve literally seen a man snort coke off of a planter! This was in first-year!”

Timor Delhi, 21, wanders around the corner of Dalhousie Street and York Street in the late hours of the night. [Photo © Justine Ricketts left, Hope Berk right]