5 days ago 0 6 min read
We use cookies to provide a personalized experience for our users. By continuing to browse this site, you give consent for cookies to be used.
Got it!
Home > Uncategorized > Climate change and children’s rights: Canada urged to take bigger steps in the right direction 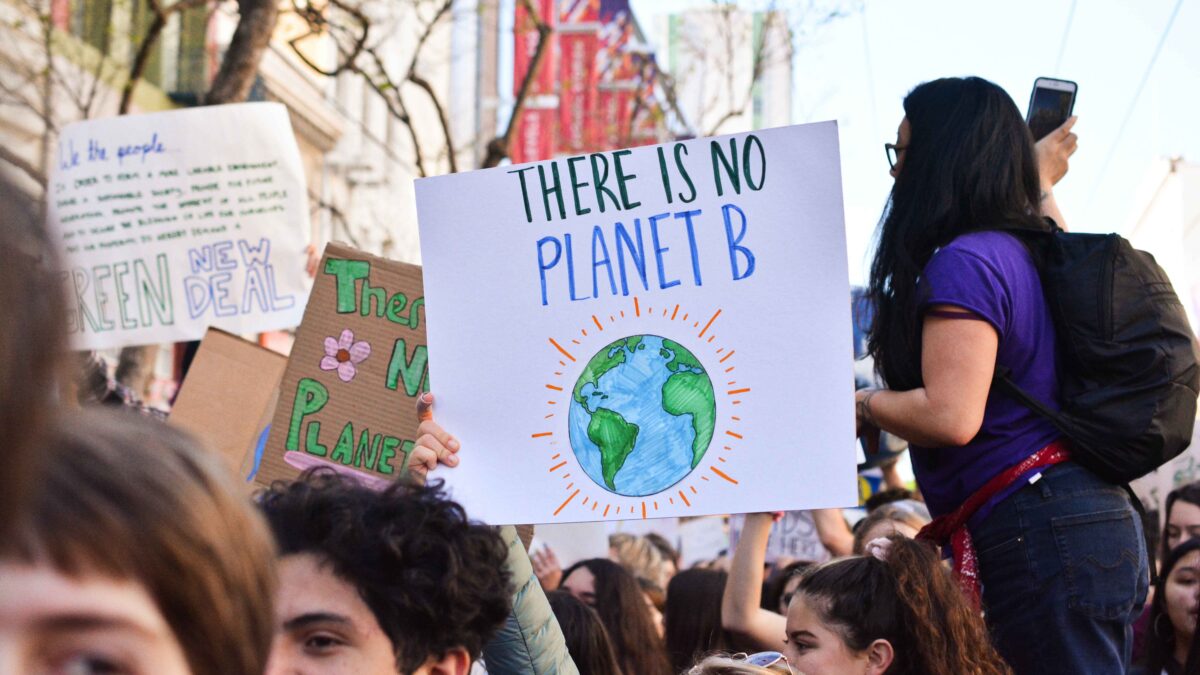 Children in Canada are demanding more work be done to limit the impact of climate change on their futures. [Photo @ Li-An Lim / Unsplash]
Canada

The United Nations Committee on the Rights of the Child (UNCRC) says Canada needs to “systematically” include children in their climate policy decisions.

These recommendations build upon a 2020 submission to the UNCRC by a group of organizations including Justice for Girls, the David Suzuki Foundation, Just Planet, the Canadian Feminist Alliance for International Action (FAFIA) and Greenpeace Canada.

They echoed concerns outlined in a 2012 report that concluded Canada’s climate emergency actions and policies are harming children and future generations.

“Canada’s actions to combat climate change have fallen far short of its international commitments and scientists’ recommendations. This failure poses a grave threat to the rights of children and future generations, especially girls and Indigenous children,” the report said.

“Canada is … not meeting its fair-share contributions to climate change and in addition to strengthening its targets and policies also needs to provide additional support to others.”

The submission cites a comment by Canada’s Environment Commissioner, stating that Canada’s investment in fossil fuels is “encouraging wasteful consumption of fossil fuels and discouraging investments in cleaner energy sources.”

“Canada is also not meeting its fair-share contributions to climate change and in addition to strengthening its targets and policies also needs to provide additional support to others,” CAT says.

The children most impacted by climate change are young Indigenous girls. Experts warn that the existing effects of colonization will be intensified by climate change, “including widespread poverty, dislocation from traditional lands and territories, loss of culture (forced assimilation), and an epidemic of racialized sexual and physical violence, disappearances and murders of Indigenous women and girls.”

This was brought to the fore by then-teenagers Zoë Craig-Sparrow and Rekha Dhillon-Richardson in a submission in 2012 to the UNCRC with Justice for Girls on the effects of climate change on children’s rights.

“I was looking at my experience as an Indigenous girl, and what rights violations I was concerned about. For me that was right to culture, access to fishing, and the impact of climate change on that,” Craig-Sparrow told Capital Current in a Zoom interview.

She grew up fishing with her grandfather at the Fraser River, a traditional practice that is passed on through generations.

“I used to fish with my grandpa and my mom every summer and fill our freezers and teach my little siblings how to fish,” she added. “With warming waters, habitat degradation, and commercial overfishing, we are often barely getting enough fish to feed our families. This is a really serious threat right now.”

The immediate threat of climate change on children, specifically Indigenous girls, is what got Annabel Webb interested in climate change advocacy. She is the co-founder of Justice for Girls in 1999 and is a current board member.

Her work at Justice for Girls has been primarily focused on a broad spectrum of human rights violations against girls across Canada. She realized that climate change is a threat multiplier.

“There came a point in our work where I realized that climate change was going to be something that was going to make all of these worse and will be the biggest human rights issue that children and future generations are facing.”

“I used to fish with my grandpa and my mom every summer and fill our freezers and teach my little siblings how to fish. With warming waters, habitat degradation, and commercial overfishing, we are often barely getting enough fish to feed our families. This is a really serious threat right now.”

This increase in climate change disasters worsen other inequalities, “increasing the likelihood of Indigenous women and girls being raped, forced into prostitution, forced to leave school, and subjected to extreme poverty and disease,” Craig-Sparrow said in an email sent to Capital Current.

Recently, during a periodic review of Canada by the UNCRC, teenagers Haana Edenshaw and Zoe Grames-Webb told the committee “how Canada’s support for oil and gas and delayed action violate their rights and cause harm to children through deadly climate change effects.”

They are among 15 young people who are suing the federal government. The lawsuit is focused on Canadian policies that increase GHG emissions contribute heavily towards climate change, and how that violates their rights.

In the lawsuit, the teenagers say Canada’s lack of action in reducing GHG emissions violate the children’s rights. They are asking the government to “prepare a clear, science-based climate recovery plan that addresses Canada’s share of global greenhouse gas emissions reductions to maintain a stable climate.”

Craig-Sparrow is confident that the strong recommendations from the UNCRC are largely credited to Edenshaw and Grames-Webb.

“And we’re confident that the reason that the committee so strongly came out and addressed climate change both during the review of Canada and in their concluding observations is because of those interventions by Hannah and Zoe.”

Webb, who is also the litigation guardian of Grames-Webb, is hopeful that the lawsuit will have an effect after the UNCRC’s recommendations. The lawsuit is currently before the Federal Court.

Craig-Sparrow said that the Canadian government has the ability to create a science-based plan to reduce their GHG emissions.

“They have the resources to do it, the information is there,” she said. “Even the children, in their case they want a reduction emission plan based on science. These are clear, attainable recommendations coming from within, from their own children, and from international committees. We just really need political willpower, resources, and action from the government to get us there.”