1 week ago 0 1 min read
We use cookies to provide a personalized experience for our users. By continuing to browse this site, you give consent for cookies to be used.
Got it!
Home > News > Canada > NorthWest Territories > Decades of arsenic poisoning produced by Giant Mine has caused irreversible damage to Dene First Nation land 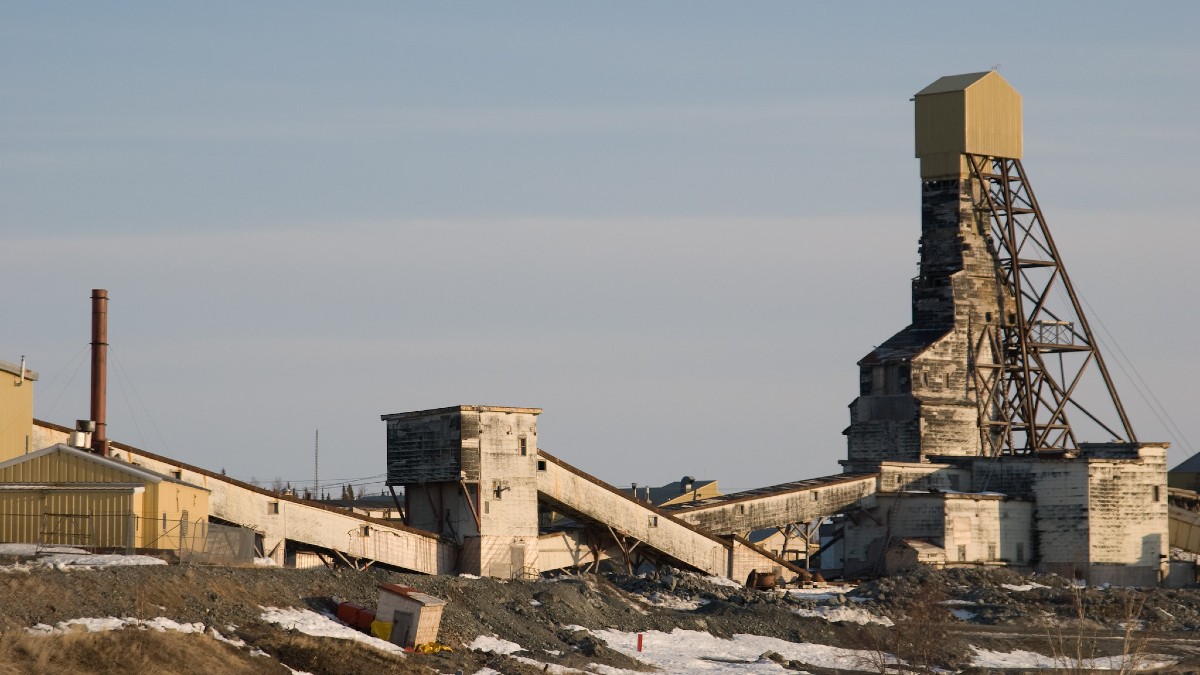 After decades of arsenic pollution flowing from the now-closed Giant gold mine and poisoning the land of the Yellowknife Dene First Nation, negotiations continue with the federal government about compensation and reconciliation.

The most recent round of talks happened on March 11.

Afterwards the Crown-Indigenous Relations department issued the following statement: “In the spirit of reconciliation, departmental officials and the Yellowknives Dene First Nation are working collaboratively, through the establishment of a new working group, to allow for ongoing dialogue and to address any questions that may arise during the review.”

Chief Edward Sangris of Dettah, the Dene First Nation community closest to Giant Mine, says that it was decided in the meeting to have continuous memorandums issued that document progress with the the Yellowknife Dene. Next steps are to formalize an apology and decide on compensation.

Sangris says that before the Giant Mine was built, the western side of Great Slave Lake was intentionally left uninhabited by the Dene, to preserve the pristine nature of the land in the area.

“They used to go there to pick berries, and in the springtime hunt for ducks, muskrats and beaver,” said Sangris, adding that the area also provided medicine from a plant used by the Dene.

“They were so happy to have this place and tried to protect it, that’s why the Chief told them not to build cabins there, and to leave it for the animals,” said Sangris.

That changed in the 1930s, when the first claim was staked. By the late 1940s, gold production was in full swing.

Now recognized as being one of Canada’s worst environmental liabilities, it is also infamous as one of Canada’s deadliest labour disputes, after a bomb set by a striking worker killed nine miners in 1992.

“For about [the first] 10 years, arsenic trioxide dust was going up out of the stack and just flying into the air, creating a halo of arsenic contamination around Yellowknife,” said Jules Blais, a toxicologist and director of arsenic research around the Giant Mine site from 2015 to 2018.

Eventually the arsenic produced was redirected underground, where it is still being kept. According the the government, the mine produced 237,000 tonnes of arsenic trioxide dust, making it one of largest stored arsenic sites in the world.

The Giant Mine operated in Yellowknife from 1948 to 2004. The gold found underground was attached to arsenopyrite ore which contains arsenic, iron, and sulphur. By heating the ore, the gold was released but toxic arsenic gas was created as a byproduct.

Traces of arsenic have been detected within a 15-kilometre radius of the site, and its negative effects can still be seen, as the land and watershed have lost many species.

According to Chief Sangris, during the decades of mining, fish became scarce in the surrounding waters near Dettah, (south of Yellowknife on the shore of Great Slave Lake) leaving the Dene with empty nets. Only after the mine shut down, did they start to see some fish return.

Blais found that the arsenic in surrounding lakes was lethal to crustaceans and insects, some of which were eradicated. As many of these micro-crustaceans are food for bigger fish, this could be why the Dettah community noticed a lack of fish around the bay.

According to Sangris, community members now have to go much further to hunt and trap.

“There’s no moose around, there’s no caribou, there’s not even rabbits, the area is so contaminated,” he said. “The area can no longer provide for our people.”

Arsenic can be ingested through breathing, drinking or consuming foods laden with the toxin. Arsenic exposure can lead to skin irritation, nausea, liver disease, and even death in humans. It is also a carcinogen, though it’s not known which cancers are caused by arsenic exposure, according to toxicologist Laurie Chan.

There is no research available to determine how much arsenic was consumed by locals while the mine operated, although there are stories of illness and even death amongst the Dene First Nation.

In April 1951, a young Dene boy died from arsenic poisoning after eating a handful of snow contaminated by arsenic dust. Afterwards the federal government assembled an arsenic committee and put up signs in areas with high levels of arsenic, advising locals not to swim, drink or fish.

Sangris says this approach was not effective, as many Dene people were unable to read, and continued to frequent the areas.

As part of his work as Canada Research Chair in Toxicology and Environmental Health at the University of Ottawa, Chan helps to run the Health Effects Monitoring Program in Yellowknife, Ndilo and Dettah, to collect urine and toenail samples from residents to measures arsenic exposure.

“This program is not just research … It’s helping people to make sure they’re clean,” said Chan.

“Anyone who is concerned can use the program to support them.”

Chan’s 2018 study found that people in the Dene First Nation community had levels of arsenic that were no higher than what would be found elsewhere in Canada. He attributes this to the recent lifestyle changes made by the Dene to actively avoid arsenic “hotspots.”

But the study also found slightly higher presence of arsenic in children compared to adults in the region.

Arsenic does not stay in the body for long periods of time, and the long-term effects of it’s presence are still being studied. The best way to prevent arsenic ingestion, currently, is to identify arsenic hotspots and avoid them.

The Giant Mine site is undergoing remediation to address the 237,000 tonnes of arsenic underground and to keep an close eye on the area.

One concern is that as the climate warms, the permafrost currently containing the arsenic is slowly melting. If the arsenic were to be exposed, or mix with the groundwater, consequences could be dire.

The remediation project aims to keep the arsenic underground by freezing the arsenic trioxide itself using thermosyphons, tall metal tubes which use the cold air in winter to cool the ground. They are also being used to keep the natural permafrost from melting.

According to the federal government: “Giant Mine’s remediation is expected to take approximately 10 years, but the project itself has a defined life of 100 years, with some components that will require operation and maintenance into perpetuity.”

Arsenic does not break down, meaning that the damage caused by Giant Mine will need to be monitored and dealt with, potentially forever.

“It does speak to the short-term gains of mining gold. It has to be balanced in terms of the costs associated with containing these contaminants underground forever. I think the costs are going to be enormous when we compare them against the benefits,” he said.

“They took millions of dollars out of the ground, and the Yellowknife Dene did not get one cent of it,” said Sangris, who has been negotiating remediation contracts so that more Indigenous people can be hired for the clean-up.

“The only people who will do a good job to clean up the site are the people who depend on the land.”

Sangris says that he is hopeful the Dene’s demands for reparations will be met. “The actions of the government indicate to us that they have acknowledged that they have done a wrong, and that they want to right their wrongs from the past.”

However, he admits that the government needs to further understand the language, culture, and traditions of Indigenous peoples to be able to reconcile, and to truly understand the damage done to the people and to the land.

In The News: Tuesday, March 30