2 weeks ago 0 1 min read
We use cookies to provide a personalized experience for our users. By continuing to browse this site, you give consent for cookies to be used.
Got it!
Home > Uncategorized > Development, roads emerge as key concerns for southeast rural communities in Osgoode Ward 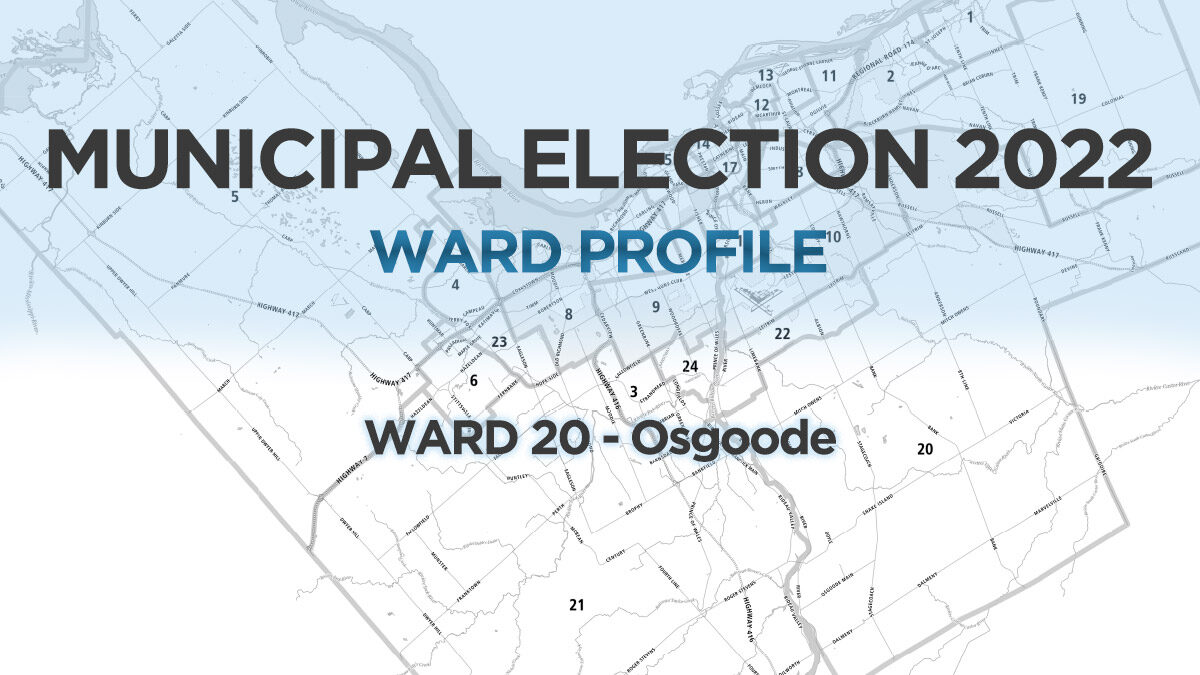 Ward 20 is located in the rural southeast corner of Ottawa. It mostly consists of the former Osgoode Township and parts of the former city of Gloucester (both amalgamated with the City of Ottawa in 2001). The ward is bordered by the Rideau River to the west and reaches to Indian Creek Road in the east. It is one of Ottawa’s largest wards by area.

George Darouze is seeking re-election. He was first elected in 2014 and again in 2018. There are four other candidates vying for the seat – former Osgoode Township mayor and former councillor Doug Thompson, farmer and businessman Dan O’Brien, school teacher Bob Masaro and Bruce Anthony Faulkner. Voters can cast their ballots on Oct. 24. You can find more information here.

Development is a key point of contention in the ward. One issue being raised is the Tewin Development Proposal, a partnership involving the Taggart Group construction company and the Algonquins of Ontario to build a new suburban community of about 45,000 residents. While the land has been approved for development, some residents in the ward are concerned about the environmental impacts and potential difficulties associated with construction because of shifting soils on the land.

Other priorities for residents are road infrastructure improvements and public transit.

Cost of living a major concern in Rideau-Rockcliffe