2 weeks ago 0 1 min read
We use cookies to provide a personalized experience for our users. By continuing to browse this site, you give consent for cookies to be used.
Got it!
Home > News > Ottawa > Environmentalists warn Ontario’s Bill 23 threatens Ottawa’s wetlands and green spaces 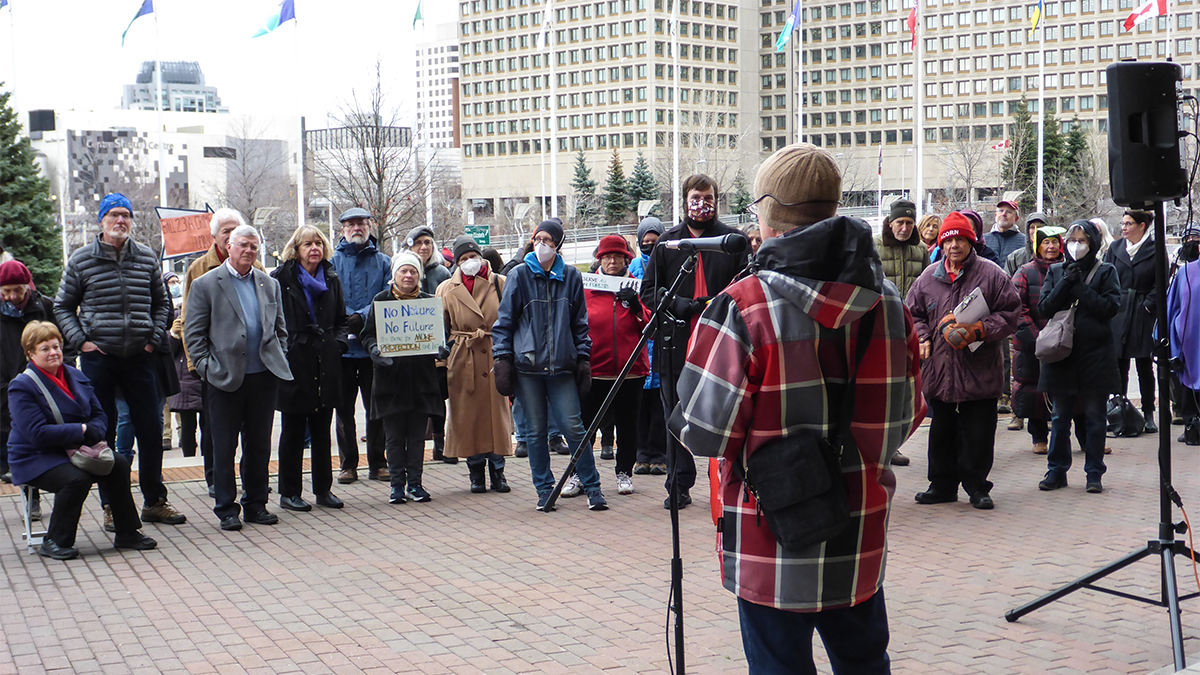 Following Premier Doug Ford’s pledge to build 1.5 million houses in the next 10 years, the bill will reduce municipal development fees by millions of dollars, speed up approvals and use provincial land for “more attainable” housing projects. Ottawa’s provincially assigned target is 151,000 new houses.

According to Prof. Graeme Auld, an environmental policy specialist at Carleton University, Bill 23 addresses “completely legitimate” housing issues in a way that could have significant downsides for environmental conservation in Ottawa’s green space.

“The impact of urbanization has a significant effect on forms of biodiversity that are unique to [this] part of the province,” he said.

Auld added that, with Bill 23 weakening provincial protection of Ottawa’s natural heritage, there may be no incentive to retain environmentally sensitive lands for conservation purposes.

“The places that are the hardest to protect are the ones that have high land-use value,” he said, adding these lands may experience tree-cutting, resource extraction and construction of roads and houses.

In Ottawa, Paul Johanis, Greenspace Alliance of Canada’s Capital chair, said the bill’s most urgent risk is to wetlands. In 2008, the Ministry of Natural Resources estimated Ottawa has about 51,000 hectares of wetland, about a fifth of the city’s land mass. He noted wetlands are vital — storing excess water and mitigating flooding, as well as accommodating biodiversity and helping store carbon.

“In the bill, there’s changes that reopen the evaluation of these provincially significant wetlands and make it easier for landowners to have them reclassified at lower levels of protections,” Johanis said, adding these changes may see wetlands drained and built on.

“In the bill, there’s changes that reopen the evaluation of these provincially significant wetlands and make it easier for landowners to have them reclassified at lower levels of protections.”

Buxton said endangered Blanding’s and spotted turtles that live in Ottawa are particularly vulnerable, as they rely on tiny wetlands for survival.

In a seven-page memo to the mayor and council, Don Herweyer, the City of Ottawa’s interim general manager for economic development, said environmental and rural policy changes in the bill could result in more sprawl and rural development at the cost of natural habitats and biodiversity.

“Reduced environmental oversight will result in the loss of diverse and mature ecosystems,” the memo reads. “This will have immediate and long-term environmental impacts, such as increased flooding risk.”

Cheryl Randall, Ecology Ottawa’s climate change campaign organizer, said Bill 23 lacked environmental consultation. She said that, because of the bill’s complexity, public consultation should have been longer than originally allocated: less than a month.

“New councillors came in on Tuesday [Nov. 15] … they had less than 48 hours between their inauguration and the deadline, and [yet] they’re supposed to respond as a city,” Randall said.

“A bill that proposes to remove protection and potentially develop on top of already limited wetlands is super problematic.”

“A bill that proposes to remove protection and potentially develop on top of already limited wetlands is super problematic,” Buxton said.

She added she’d rather be brainstorming policies that build housing and promote conservation than spending time trying to counter Bill 23.

“Developing sustainably, you need to work with developers and you need to [also] work with conservation scientists and communities,” she said. “This bill is just the complete opposite of that.”

Jason Burggraaf of the Greater Ottawa Home Builders’ Association said Bill 23 will push the city to be bold in how it provides housing. He said reports on environmental assessments and consultations will continue for developments on wetlands and in other environmentally sensitive areas.

“Some of the changes in Bill 23 kind of remove the role of conversation authorities to demand those reports, but it doesn’t change that those reports will actually be done and still submitted to the city just as they were before,” Burggraaf, the association’s executive director, said.

“If that was the only thing in the bill, we would support it,” he said, calling the legislation a devil’s bargain.

Municipal Affairs and Housing Minister Steve Clark and Natural Resources and Forestry Minister Graydon Smith did not respond to requests for comment.