5 days ago 0 3 min read
We use cookies to provide a personalized experience for our users. By continuing to browse this site, you give consent for cookies to be used.
Got it!
Home > News > Canada > Ontario > ‘Here we go again’: Students saddened, angered by recent outbreaks in university residences 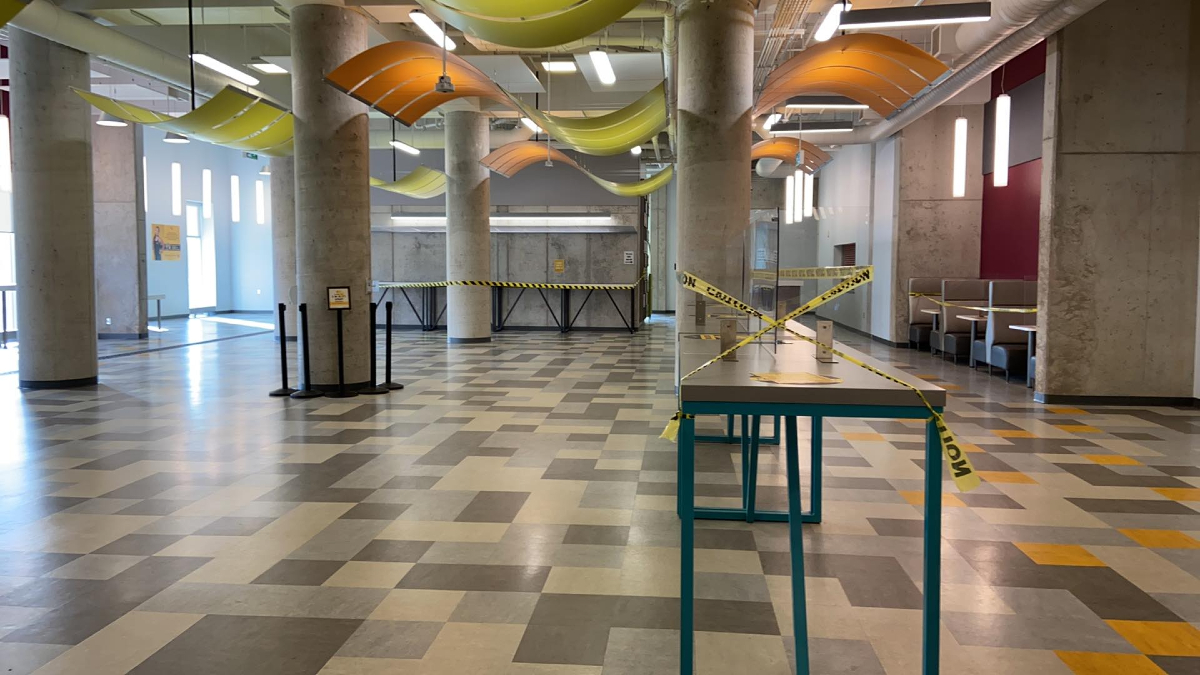 Now over a year into the pandemic, COVID-19 outbreaks are still being reported in university residences across Ontario. With final exams winding up, recent on-campus outbreaks have led to lockdowns in the final weeks of the academic year.

During move-out weekend at the end of the semester, Queen’s University reported having 10 students living on campus testing positive for COVID-19 in two residences.

Queen’s wasn’t alone in reporting a spring spike in COVID cases. At the University of Waterloo, there were 26 confirmed positive cases over two weeks in late March and early April, most reported after St. Patrick’s Day.

Nearby Wilfrid Laurier University reported 10 on-campus cases at its Waterloo campus with eight of those involving students living in residence. Other Ontario schools with cases have included Western University in London, declaring its sixth residence outbreak on April 5, and Carleton University with 14 positive cases at the end of March.

Universities began the school year with significantly reduced residence rooms available for students. For example, the University of Ottawa welcomed 1,000 students to its complex of residences, which normally hosts 4,000 students.

But facing outbreaks in residence buildings, many universities have had to impose additional protocols to contain the virus.

Residences went on lockdown, with already-limited student lounges closed down completely, cafeterias serving takeout only and students living on the same residence floor being prohibited from each others’ rooms. Self-isolating students are also having meals delivered to their rooms.

Winnie Ho, a third-year aviation student at the University of Waterloo, told Capital Current recently that security guards were patrolling entrances to her residence to monitor the students who moved in and out of the building.

“I personally like the security guards, because before, it was so easy to sneak in a guest. But now there’s more of a barrier. I think people are freaked out — it’s a little bit intimidating,” she said.

Laura Storey, the director of Housing and Residence Life at Carleton University, said that Carleton always follows the Ottawa Public Health guidelines to minimize the risk of community transfer of the COVID-19 virus.

Some processes implemented in Carleton residences have included increased frequency of cleaning high-touch areas, cleaning kits for each washroom and increased signage to remind students of COVID-19 protocols.

Students have obeyed the rules for the most part. Cherish De Jong, a second-year criminology student who is also a residence fellow at Carleton University, said students understand that the rules have been put in place to protect them.

But despite COVID-19 restrictions, some students have broken the rules and created a pathway for the virus to enter the residence community. De Jong believes that’s the “number one cause of COVID-19” in residences.

Ho said she sees it all the time. “It could be something as minor as having more than three people in an elevator, sneaking someone over to be in your room, and just a lot of masking infractions.”

As the school year came to an end, there was a rising sense of frustration from on-campus residents towards any student who ignores the rules.

“(There is) anger, sadness, thinking: ‘Here we go again,’ ” said Ho. “There is a community impact. You can do everything right, but then you have (the outbreak) happen and have positive cases. It’s kind of unfair, kind of sad that people chose to break the rules.”

But a year into the pandemic, De Jong said that students seem to have accepted this reality.

“At the beginning of the year, when there would be a few cases, the students were really concerned and worried that they were going to catch it because it’s on campus. But right now, I think it’s just kind of become a norm for them,” she said.

However, the need for isolation from others during the pandemic is still a marked difference in socialization between students and their friends. Ho said that although everything can be virtual, it’s just not the same as real life.

“We recognize that isolation and limited physical interaction can be challenging for students,” said Storey, adding that events have shifted to a virtual platform, and residence fellows have been made available to connect with students in-person with physical distancing measures in place.

To help ease the mental health struggles of students from increased isolation and tightened restrictions, residence fellows reached out to their students more frequently than earlier in the pandemic.

“I think it’s like a (residence fellow) responsibility that’s kind of unwritten,” said De Jong. “I just mean checking and seeing how their mental health is and how they’re dealing with things as well as trying to help with their needs, whatever that is.”

For residence fellows keeping order in university residences and supporting the students that live there, the pandemic has brought the on-campus community solitude and solidarity. “I don’t think you can find any RF who would say that they’re happy to be an RF during COVID, especially with the number of staff that have left,” said De Jong. “But I think that in the end, I think it’s made us stronger leaders for our community.”