2 days ago 0 3 min read
We use cookies to provide a personalized experience for our users. By continuing to browse this site, you give consent for cookies to be used.
Got it!
Home > News > Ottawa > Ottawa needs a food security co-ordinator, councillor says 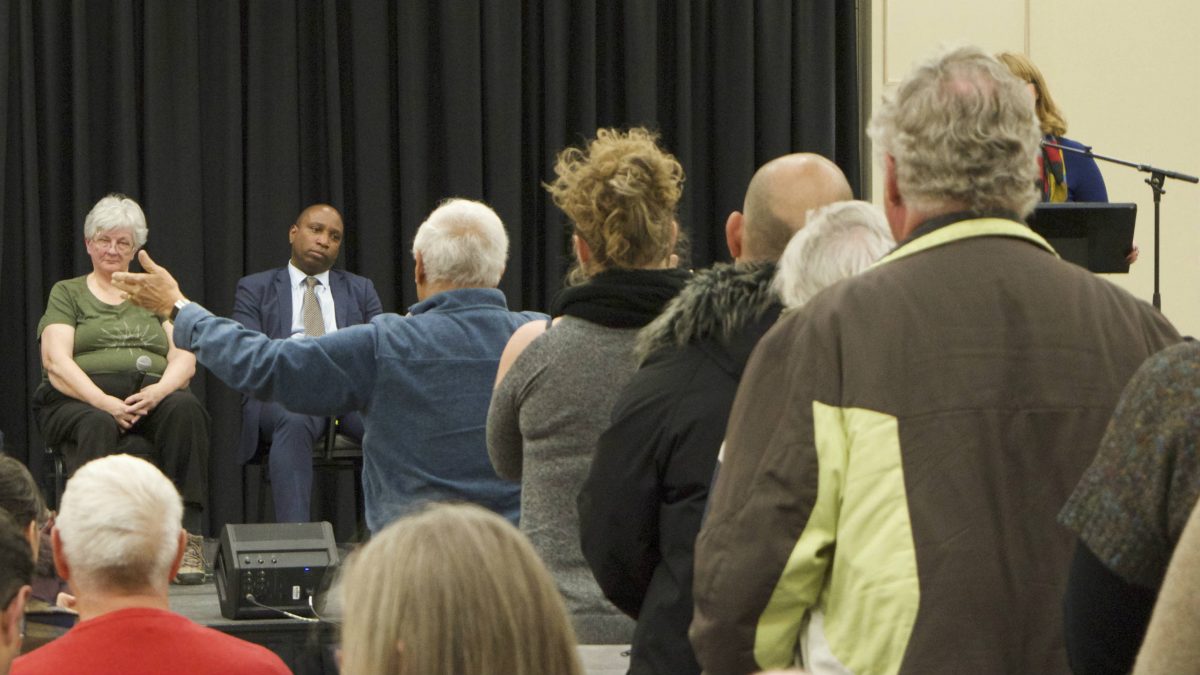 An Ottawa city councillor is calling for the appointment of a “food security co-ordinator” to ensure issues of hunger in the capital — along with the poverty underlying nutrition challenges — are confronted effectively.

Rideau-Rockcliffe Coun. Rawlson King made the comment at a recent meeting hosted by the Ottawa Food Bank. The key focus of discussion was developing a clear strategy for reducing poverty and food insecurity in Ottawa.

According to the food bank’s 2019 Ottawa Hunger Report, a minimum wage worker in Ottawa would have to work 75 hours a week to afford a two-bedroom apartment. For many city residents, this means making difficult choices about what they can purchase on a regular basis – including healthy food.

Michael Maidment, the CEO of the Ottawa Food Bank, said to the audience of about 40 people at the November meeting: “I wonder if we would be having this discussion tonight if we focused on poverty as much as we focused on an issue like LRT.”

Human rights lawyer Michèle Biss, the policy director at Canada Without Poverty, explained that Ottawa lags behind some other cities when it comes to curbing poverty and promoting affordable housing and food security.

“This has, then, left a lot of the heavy lifting to the front-line services like food banks,” said Biss.

Biss noted that the city’s poverty strategy, which was launched in 2010, expired in 2015.

“There is a need here, in Canada’s beautiful capital, to do more and to do much better,” Biss told the audience.

She added that, as the holiday season and winter approach, there is a need for long-term, co-ordinated, systemic solutions to be implemented alongside services such as those provided by the Ottawa Food Bank.

King said one way to ensure the city is making progress on providing healthy food for citizens is to appoint a municipal official to lead the effort.

“I think we need to have a food security co-ordinator at the city, because we have a lot of initiatives but no co-ordination – and no input really from the city,” said King.

King said the city needs to do more than produce reports that gather dust on shelves.

“I think it needs to actually have measurable actions that we take, costed actions … a clear matrix of a timeline (in) which we see actions after a lot of consultations with communities, with people who are living in poverty with service organization … that hopefully go beyond a term of council.”

“One of the things I want to propose in the next year,” he added, “is to undertake a public consultation process through my office so that we can move towards an actual poverty strategy in the city.”

King noted that the process would be primarily be community driven.

The chair of the Poverty Reduction Network, said that a clearly articulated strategy forces people to acknowledge the poverty in their midst and the implications for food security.

“Right now, you can sit on city council for your entire four years and never have the word poverty come out of your mouth,” said Lalonde. “But if we have a strategy, it forces people to at least pay some attention to it.”

Lalonde argued that there is not an adequate understanding of how serious the problem is, what is being done and what could be done in the future to make a difference.

“We also need data, data and data,” said Lalonde. “Did I mention data?”

She noted that Ottawa Public Health puts out the Nutritious Food Basket report every year — the latest has just been released — and that it details what it actually costs to live in the city.