5 days ago 0 3 min read
We use cookies to provide a personalized experience for our users. By continuing to browse this site, you give consent for cookies to be used.
Got it!
Home > News > Ottawa > Ottawa pagans prepare to observe a physically distanced tradition on Oct. 31 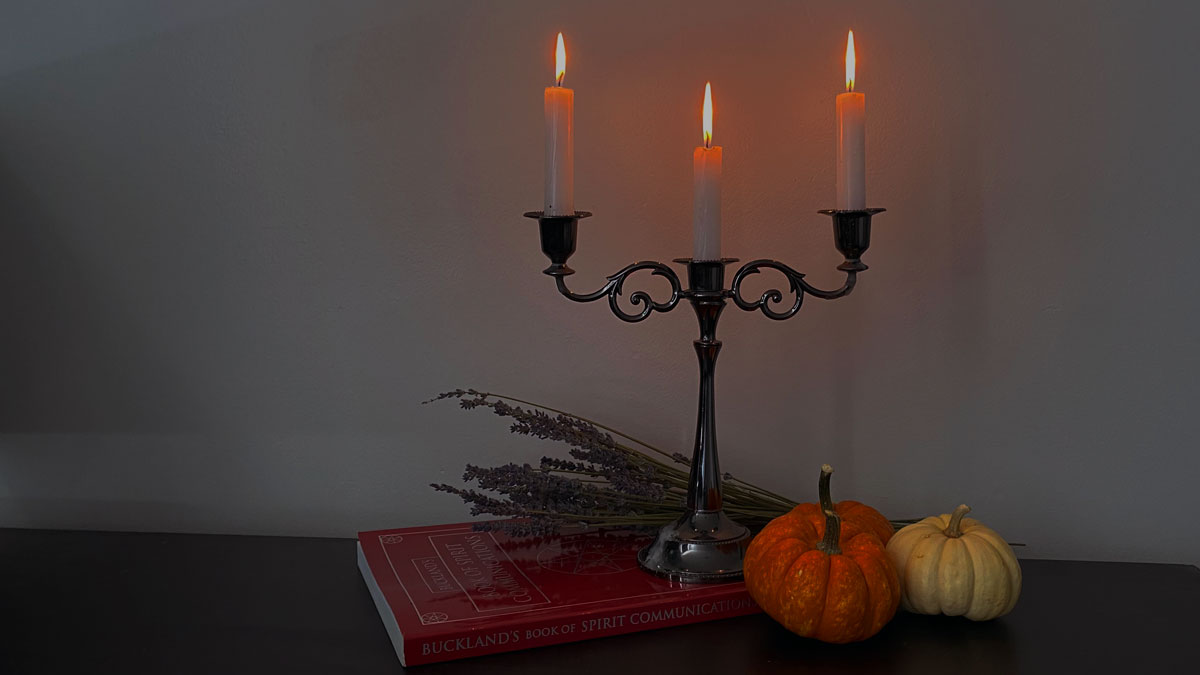 As Halloween approaches in a city where residents are under strict instructions not to leave home to mark the occasion, pagans in Ottawa who celebrate Samhain — the Celtic genesis of many Halloween rituals — are changing the way they will welcome the “dark half of the year” that begins symbolically on Oct. 31.

On Oct. 14, Dr. Vera Etches, Ottawa’s chief medical officer of health, said residents should not trick-or-treat this year, and should only celebrate Halloween with members of their own households.

The Celtic holiday of Samhain, pronounced “sah-win,” takes place the same night as Halloween. The holiday falls close to the midpoint between the autumn equinox on Sept. 22 and the winter solstice on Dec. 21.

Although not all practicing pagans observe Samhain the same way, like many other religious holidays, people would normally gather in person for group rituals, parties and socializing.

Since the COVID-19 pandemic spread to Canada in March, many religious holidays have come and gone, having forced members of various communities to adjust the way they observe the traditions that bring them together.

Both communities celebrated without the packed parking lots and the dozens of rows that would usually fill the local mosques and synagogues.

As Ottawa experiences high numbers of COVID-19 cases amid the second wave of the pandemic and Ontario hit a record high for coronavirus cases on Oct. 24, the Ottawa pagan community — like other religious communities — will do Samhain differently this year.

Many North American Halloween traditions, including jack-o’-lanterns, trick-or-treating, and masks or costumes have roots in the Celtic holiday of Samhain.

Samhain is one eight Sabbat holidays, which celebrate seasonal changes, solstices and equinoxes in the pagan tradition of connection to the Earth and nature.

Pagans believe Samhain marks the time of year when the veil between the world of the living and the dead is at its thinnest, allowing for communication between living humans and spirits.

Julie and her partner David are also members of the Ottawa pagan community and they will celebrate a physically distanced Samhain this year.

“Samhain is most witches’ favourite holiday, for lack of a better word,” David said.

Julie and David identify as witches, and both consider Celtic and Irish heritage to be important to their spiritualities and beliefs.

“I would categorize myself as a Celtic hearth witch, if you really want a label,” Julie said. “My background is all Celtic, so that’s what I dive into.”

“I consider myself more of a ritual witch,” David said, adding that they’ve “done numerous paths or different directions over the years.”

Pagan is an umbrella term which can include witches — people who practice witchcraft — and Wiccans, people who practice the religion of Wicca. Wicca was created in 1954 by the British folklorist and religious leader Gerald Gardner, making it a contemporary pagan belief system.

Julie said she and David moved to Ottawa 20 years ago from Prince Edward Island, and were surprised by the number of pagans, witches and Wiccans in Ottawa.

“(The Ottawa pagan community) is bigger than I thought, to be truthfully honest,” she said. “You’re talking thousands of people in the Ottawa area,” David added.

“It usually ends up being a lot of fun, a lot of partying — and everything that goes with partying,” David said. “A lot of community,” Julie added.

David said this year will be different for most witches. “I suspect that it’s going to be a really big opportunity to focus on some of the more important elements of Samhain.”

“Samhain is the time of the year when the veil is thinnest between the spiritual world and the physical world,” David said. “So it’s the perfect time to communicate with ancestors, people in the beyond, getting answers, working magic.”

David said Samhain this year will be less focused on gatherings and group participation in certain traditions, such as the Dumb Supper, and more focused on each individual’s spirituality.

“(Samhain this year) is going to be a very introspective, very internal,” he said.

Julie agreed. “With the pandemic, I think a lot of people are going inwards, working inwards … I think they’re going to have to think outside of the box with what to do,” she said.

David said some pagans and witches, including him, aren’t comfortable using Zoom and other online platforms to conduct physically distanced rituals and practices, making it difficult for him to interact with others during the pandemic.

“Depending on your personal practice and beliefs, technology can be kind of a no-no for certain people to do their circle work,” David said. “I’m not a complete and utter technical prude when it comes to (circle work), but I keep the technology outside the circle.”

Julie said she suggested to David that they have a Zoom gathering with their friends, but she isn’t sure if they will. If not, she said, the two will participate in a ritual for Samhain at home.

Despite the changes to David and Julie’s ability to celebrate Samhain in the usual way, David said the isolation brought by the pandemic is not new for some practicing witches.

He said mani in the witch community are solitary practitioners, and are not a part of a coven or group that practices and celebrates together.

“They’re what we often refer to as ‘not out of the broom closet,’” he said.

David said many people have misconceptions about witches perpetuated by Christian beliefs, which traditionally rejected paganism.

“They were scared of witches because we’re a very scary group. You can see from the two of us, we’re just terribly scary,” he said.

“People just have an irrational, visceral reaction . . . They think, ‘Oh, my goodness, that’s something terrible or evil,’ when in fact, it has nothing to do with that whatsoever.”

He called it “a very innocuous belief system” that’s “not so different from what a lot of other cultures believe.”

For that reason, he said it can be difficult for those witches to tell their family and friends that they are practicing witchcraft, Wicca or other pagan traditions.

“For those people, they’ve already spent a large portion of their path on their own, doing their own thing,” he said.

David said the pandemic may be particularly difficult for those who have overcome their fears of others knowing the fact that they are practicing witches, and going back to practicing alone.

“This going to be a very difficult year because all of a sudden, now they’re having to go back to doing a lot of stuff on their own.”