6 days ago 0 5 min read
We use cookies to provide a personalized experience for our users. By continuing to browse this site, you give consent for cookies to be used.
Got it!
Home > News > Ottawa > Ottawa’s ambitious energy plan faces potential hurdles, limits to municipal reach 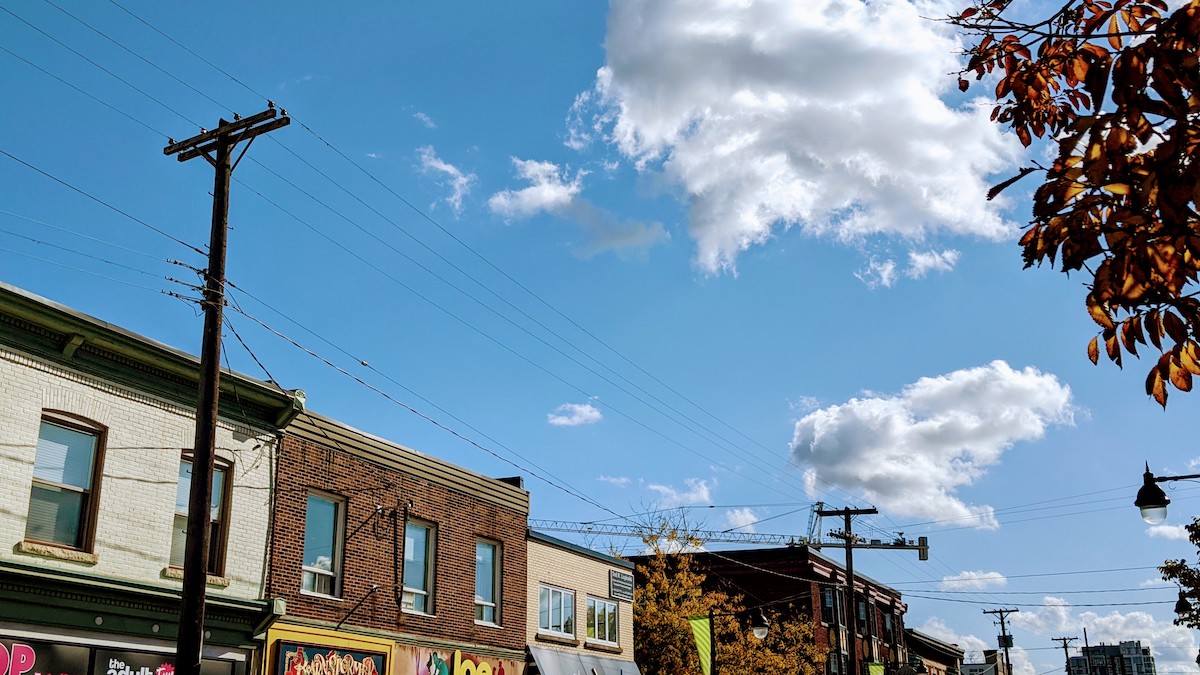 The inflexibility of Ontario's electricity grid — which includes the overhead wires in Ottawa — is one of the barriers noted in constructing the City of Ottawa's energy plan. [Photo © Michaela Bax-Leaney]
Climate Change

The City of Ottawa’s new “Energy Evolution” plan outlines ambitious targets for reducing the municipality’s carbon footprint, calling for a 100-per-cent reduction in greenhouse gas emissions in the capital by 2050.

However, the blueprint also notes the potential for significant hurdles in meeting that target on time.

The final report, presented to the city’s standing committee on environmental protection, water and waste management on Oct. 20, is part of the city’s broader Climate Change Master Plan, which was approved by council in January 2020.

Energy Evolution is one of eight priority actions the city identified in the master plan and is described as “a renewable energy strategy designed to manage energy consumption, promote the use of renewable energy and advance local economic development opportunities in Ottawa.”

The plan will ideally become a strategy as the city works to achieve its goal of a 100-per-cent reduction in GHG emissions city-wide — including the private sector and the community — by 2050.

“Zero emissions” is what it sounds like, with all of the energy coming from renewables and with no actual GHG emissions, explains Bill Eggertson, the former executive director of the NetZeroPlus Coalition as well as the Canadian Association for Renewable Energies.

“Net zero,” however, means emissions are still occurring, but something is being done to offset those emissions to reach a “net” GHG contribution of zero.

Eggertson is skeptical of the city’s plan. He says it lacks actionable mechanisms to actually reduce community emissions.

He notes that, of the total emissions from a typical household, 80-85 per cent of those emissions are produced in heating the home — about 60 per cent for actual heat, and 20 per cent for heating water, both of which usually run on natural gas (which creates GHG emissions.)

“The city (government) can control how they heat their house, but they cannot mandate how I heat mine,” said Eggertson.

Scott Moffatt, the committee chair and councillor for Rideau-Goulbourn ward, also noted the potential difficulties that lie ahead in implementation.

“The city doesn’t own any gas stations, yet cars get around just fine,” said Moffatt, stressing that the plan will require concerted effort beyond the scope of city council.

Robb Barnes of Ecology Ottawa, one of the city’s leading environmental advocacy groups, also noticed gaps in the plan — in particular a lack of concrete policy recommendations around land use. However, he also urged council to implement the plan immediately, and to make the emissions targets a guiding force in every city budget.

“Let’s not make the perfect the enemy of the good,” said Barnes.

For some, the price tag on the plan has been less than palatable, with a projected total cost of $57.4 billion needed to reach the 2050 emissions target. However, the plan also anticipates a projected $87.7 billion in community returns.

“It’s not a cost, it’s an investment,” said Eggertson. Despite his own skepticism around the plan, he said the financial returns would come with investing in clean energy. “We send a lot of money out of Ottawa to pay for non-renewables; we can turn that money internally and invest in renewables.”

“There is an appetite for change — take it and run with it,” said Keller-Herzog. “I support the projects, but let’s get on with it.”