2 weeks ago 0 1 min read
We use cookies to provide a personalized experience for our users. By continuing to browse this site, you give consent for cookies to be used.
Got it!
Home > Social Justice > Quebec’s COVID curfew exposed strain on shelters, vulnerability of homeless, say advocates 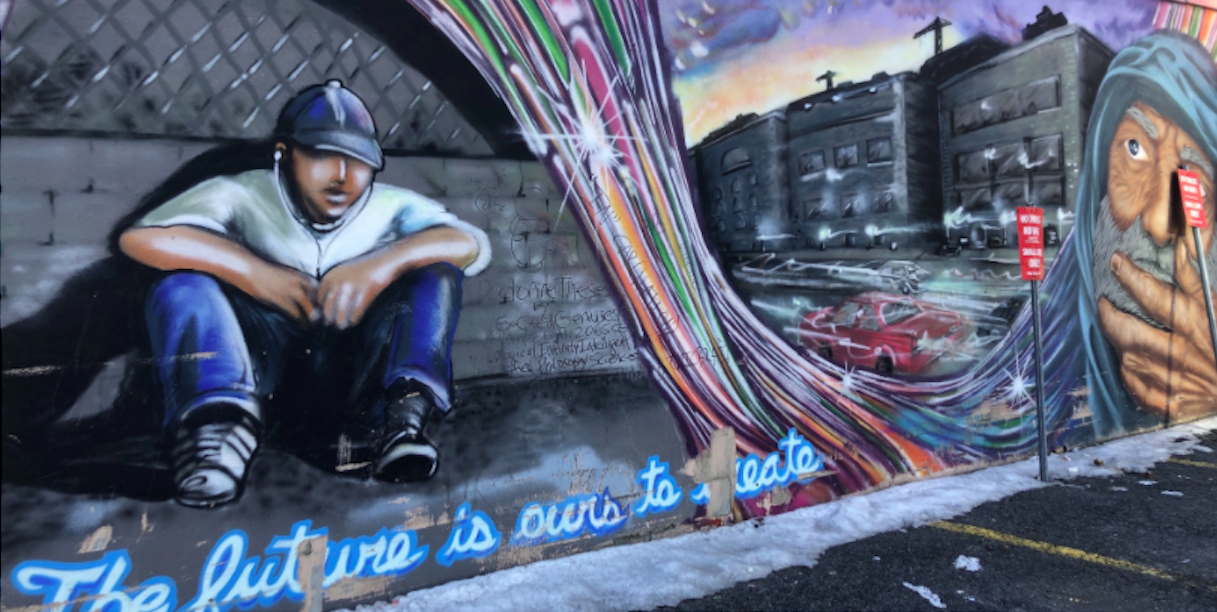 The problem of homelessness — which affects young and old, as this downtown Ottawa mural conveys — drew a spotlight in Quebec when the provincial government said a nightly curfew to combat COVID-19 would apply to all citizens, and that shelters could accommodate all those in need. Critics claimed the curfew was creating a crisis for homeless shelters, and a province-wide exemption to the curfew for the homeless population was announced in late January. [Photo @ Natasha Bulowski]
News

When Quebec Premier François Legault announced an 8 p.m., province-wide curfew to help combat the spread of COVID-19, it forced many sectors of society to readjust.

In particular, homeless shelters in Quebec — already struggling to accommodate those in need of shelter before the pandemic — came under even more pressure. And that  pressure continues after an uproar over the curfew’s impact on shelters and the late-January granting of an exemption for homeless individuals.

The exemption remains in place following a Feb. 22 extension of the nightly curfew in Gatineau (along with some other regions of the province) to 9:30 p.m. But the issue has highlighted the precarious state of Quebec’s homeless population and the strain being experienced social agencies supporting them — especially during the pandemic.

Premier Legault caught immediate heat when he stated during an early-January press conference that the homeless should have no problem finding space in shelters.

“What we would like is for the homeless to also go indoors. There are places set up for them,” Legault said at the time. “Especially with the cold, we would like them to be indoors and there is enough room available.”

Nakuset, who is the executive director of the Native Women’s Shelter of Montreal, was among the critics: “When the Legault government says that homeless people are expected to also abide by this curfew, where are they going to go?” she told CBC Montreal at the time. “(Legault) seems to think there are enough shelters. It’s not even close to (being) enough space.”

In recent years, Quebec has put in place different measures to accommodate the homeless population.

In 2019, the province spent $5 million to house the homeless in empty hotel rooms and to create temporary shelters.

The City of Gatineau and the Outaouais region’s health unit CISSSO declared that they would move accordingly to implement solutions for the Gatineau region.

That effort became even more important as Quebec battled the pandemic and imposed the curfew.

“The COVID-19 pandemic has called for a reorganization of services to people experiencing homelessness in order to comply with all health measures,” said Marie Déprés, information officer at the CISSSO.

The plan included converting the Robert Guertin Arena into an emergency accommodation centre last year to create temporary new places for homeless individuals to relieve other emergency shelters and to ensure social distancing is respected.

Despite these efforts, because the demand for shelters spaces remained so high, Gatineau agencies supporting the homeless felt overwhelmed and unsatisfied, with many shelter officials expressing concerns at a press conference in November.

Those concerns mounted after the imposition of the curfew in early January.

“The spaces are limited despite the additional temporary shelters that have been opened,” said  Jimena Michea, co-ordinator at RAIIQ, a homeless aid advocacy group in Quebec, during a Jan. 25 press conference in which advocates called for homeless individuals to be exempt from the curfew.

A Quebec judge ruled soon after that homeless people could not be bound by the curfew.

There are seven homeless shelters in Gatineau, five of them being havens for women suffering spousal abuse or violence in their homes.

According to Statistics Canada, the number of beds in these shelters ranges from 14 to 63.

A recent Ottawa Mission shelter report stated that emergency shelters have been operating at greater than 100-per-cent capacity for years in Ottawa. Across the bridge in Gatineau, shelters are faced with the same problem.

The pandemic has only intensified the problem.

The Jan. 25 press conference featured the leaders of various advocacy groups tackling homelessness in Quebec.  They highlighted how the curfew was affecting shelters and the homeless population across the province.

Though the homeless population was eventually exempted from the curfew restrictions following public outcry and advocacy groups bringing the case to court, there has been an impact regardless.

Speaking before the exemption was granted, Michea said the curfew was creating serious problems in tackling homelessness.

“Since its implementation, the pressure has been felt in emergency shelters,” she said on Jan. 25.  “The curfew complicates their lives. Despite their extraordinary work, exhaustion awaits the social workers involved,” she said in French.

Despite the challenges faced by shelters, they adapted to accommodate as many people as they could.

Nadège Archambault, a social worker at Aylmer’s women’s shelter l’Autre Chez Soi, said at the time: “The curfew certainly restricts us, but (it is) nothing that we can’t accommodate.”

Added Brazeau: “We don’t want victims to think there’s no space for them. We will find a way to overcome these challenges.”

In the News: Monday, March 8