4 days ago 0 3 min read
We use cookies to provide a personalized experience for our users. By continuing to browse this site, you give consent for cookies to be used.
Got it!
Home > Programs > 25th Hour > The 25th Hour: Fall 2020, Episode 2, Work-arounds 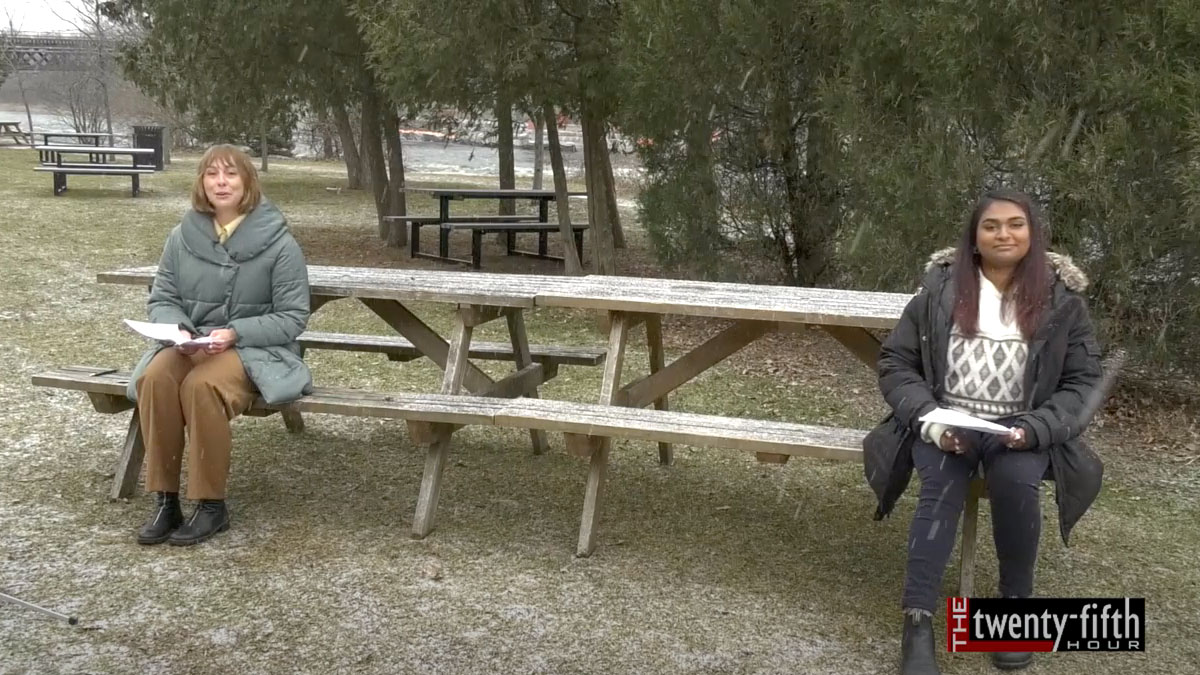 Welcome to our second and final episode of the Fall 2020 semester.

For this episode, our hosts Avanthika Anand and Raylene Lung were able to be on the beautiful Carleton University campus. They were by the Rideau River, just outside the studio we would normally record in.

So much has changed since March, but one thing that has stayed consistent is our need to be flexible and find ways to adapt. ‘Work-arounds’ is the theme for this episode.

As you’ll hear from Avanthika and Raylene, our journalists and the people in their stories have harnessed their creative energy to work around the roadblocks created by the pandemic.

Some of the people you’ll meet in this episode: members of a small community in northern Saskatchewan who decided to organize parades to help their neighbours feel less alone; a Celtic music band in Nova Scotia that found innovative ways to promote its new album; and two women here in Ottawa who’ve known tough times themselves, and decided to hit the streets to help sex workers and people who don’t have a place to live.

Another work-around our journalists had to figure out was how to take a very different approach to their storytelling. They normally work very hard to keep themselves out of stories. This time they were told to find ways to include themselves as the storytellers.

The 25th Hour: Hit The Streets offers mutual aid in the age of social media

Campers are ready with tents packed now that parks are open for camping in Ontario. @jennaadlam reports. https://t.co/8BMmATlgTw